The African wild dog has long been considered a highly undesirable animal species and has therefore been fought until near extinction. Today, we think a little differently about interacting with fellow animals and see the African wild dog as the only African carnivore to actually face extinction. There are a total of about 4000 wild dogs (2014) that roam mainly in Zimbabwe and Botswana. Wild dogs are now the subject of animal conservation programs. 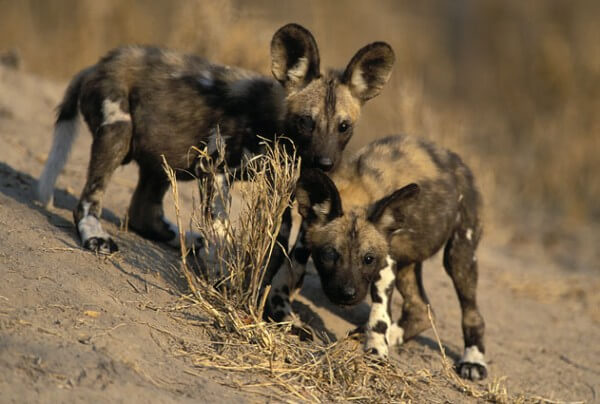 A wild dog is the same size as a German shepherd dog. It is an animal that lives socially. It has large ears and yellow, brown, and black fur patches. Its tail is almost always white. The African wild dog hunts in groups. They enclose an animal in order to eventually get it. The dogs are fast and have great stamina. A hunt of a group of wild dogs seldom ends in failure, while lions and even cheetahs and leopards sometimes lose out and temporarily recognize their superior in a kudu, zebra or impala, if these with their powerful hind legs the predator. sell hard. 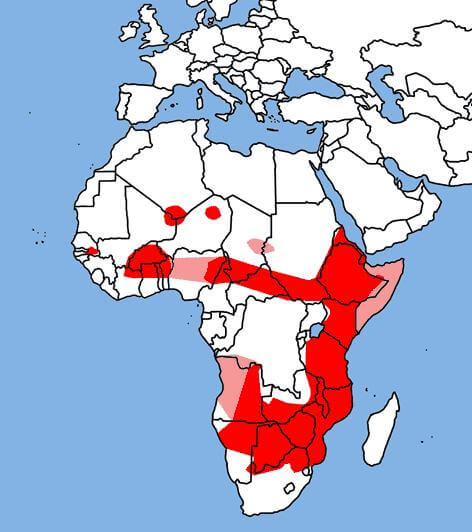 Wild dogs hunt a wide variety of animals. The size of an animal is usually that of an impala and that includes a buffalo cub. The dogs can chase an animal for miles before actually killing it. The animal that is victim will die quickly, faster than a lion because that animal already starts eating if the fallen prey is still alive. The African wild dog hunts impalas, kudus and wildebeest or blue wildebeest but they can also kill a giraffe or zebra. The wild dog is very persistent in its attack; it can take hours. His stamina is his strongest point, although he can also sprint and reach speeds of 60 km / h. If a wild dog has a victim on the ground, it dies faster than if a leopard or lion caught an animal. The wild dog begins to eat another animal while it is still alive, just as the lion does. That is not really a pleasant sight for most safari travelers.

Wild dogs have a social life. A pack is grouped into one pair of male and female, male and female dog. The remaining females perform their task of looking after the young from the dominant mother. The troop has a strong hierarchy. Some dogs can be submissive by begging for some of the loot.

The Latin name of wild dog is lycaon pictus. Lycaon is the name of a Greek mythological figure; a werewolf

Wild dogs are nomads; they move from one place to another and do not have a fixed territory. Therefore, during a safari you can never assume that you will see these animals; it is always a surprise. They live in territorial context but their habitat can range from 200km2 to 2000km2.

Wild dogs are the most effective of all predators at hunting. They can basically attack and eat a leopard as a group, that’s how strong they are together. A group of wild dogs can easily consist of 15 to 20 pieces and no leopard can handle that. The only thing a leopard can do is climb a tree; Wild dogs cannot do that.

How do you toilet train a rabbit?

FNV submits a package of requirements to Uber about the position of drivers, lawsuit expected

FNV submits a package of requirements to Uber about the position of drivers, lawsuit expected