In the tulip tree family (Magnoliaceae) there are two subfamilies: 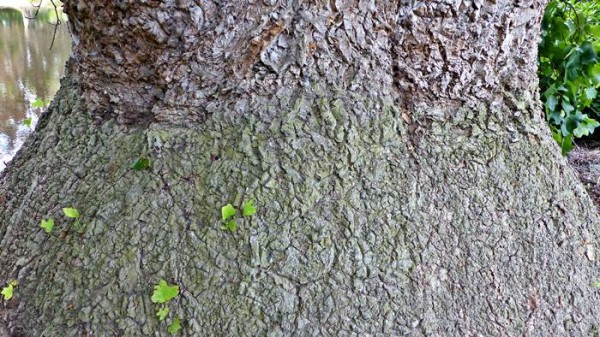 The thick clubroot of the American tulip tree

The deciduous tulip tree is native to North America and is one of the largest deciduous trees. The American tulip tree can reach heights of more than sixty meters in America. In the Netherlands and Belgium, the tulip tree reaches heights of almost forty meters. The tree has deep roots, a straight trunk and grows quickly. The tulip tree thrives on fertile soil with good drainage. At the beginning of the trunk, some tulip trees have a thickening, the clubroot. The crown shape is narrow at first and as the tree ages, the branches spread out and a wide oval crown shape is formed. The trunk is light gray to gray and develops shallow furrows with age. After about fifteen to twenty years, the tree will start to give flowering buds. The tulip tree blooms in May / June with small yellow-white flowers that somewhat resemble the petals of a tulip. A special feature of the tulip tree is the leaf whose lobes (the protrusions) also look like the petal of a tulip. The American tulip tree blooms after the leaves have sprouted and the flowers are then difficult to see because they hide the flowers from view due to the large leaves. Moreover, most of the flowers are high in the tree. The American tulip tree can reach an age of more than 200 years. 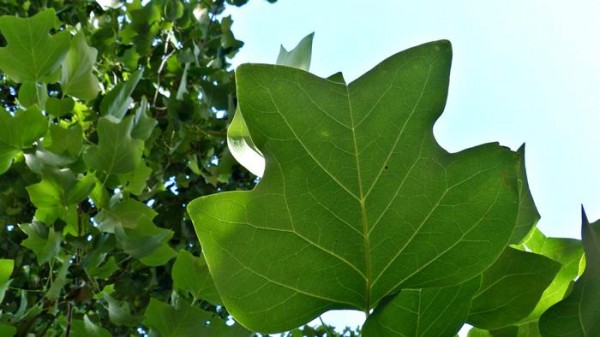 The leaf of the American tulip tree

The leaf of the American tulip tree

The leaves of the American tulip tree are large and special. The leaves are about 10 inches long and 18 inches wide. The dark green leaves are attached to a long petiole and are four-lobed. Shallow incisions from the leaf margin run to the midrib and give two lobes (protrusions) at the bottom of the leaf and two lobes at the top of the leaf. The leaf has a slightly incised edge between the two upper lobes, creating a flat leaf margin. The underside of the leaf is light green and in autumn the leaf turns a beautiful (butter) yellow. The tulip tree gets its beauty mainly from the special leaves, just like the cultivars of the American tulip tree. Cultivars like: 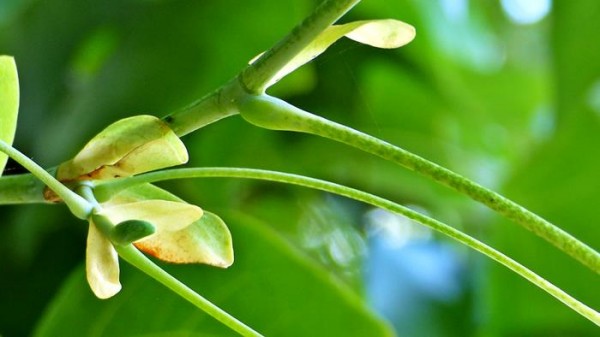 Long petioles and a dead flower.

After the leaves have sprouted, the tulip tree will flower in May / June. Green, large and single flower buds appear from which a beautiful lily to tulip-shaped flower emerges. A beautiful yellow-green flower with nine petals about five centimeters in size. Nine petals of which the bottom three are colored light green and the other six have a yellow color with an orange flamed pattern at the bottom of the petals. The flower contains many yellow stamens with a pear-shaped pistil in the center. Fertilization is done by insects such as bees, which love the nectar and pollen of the American tulip tree. After fertilization, a cone-shaped fruit grows from the ovary that can reach five to eight centimeters in length, is colored brown and contains several capsules. The cone-shaped fruit can be compared to that of the ordinary magnolia, which is related to the American tulip tree.