Beach trap ?? sand from the beach sinks into the sea

Beach trap ?? sand from the beach sinks into the sea

Strandfall, it is a natural phenomenon that occasionally occurs on the sandy coast of the Netherlands. The Wadden Islands suffer from it with some regularity. It is a natural process that looks dramatic: suddenly the beach sinks into the depths. Rijkswaterstaat, which monitors the coast and carries out the Flood Protection Program, regularly takes measurements and monitors movements along the coast. It is a matter of balance between sand on the beach and sand at the bottom of the sea and in the depth of the current. In 2017, a beach fall was seen three times at the Suudwest of Ameland, more than average.

Cliffs on the Dutch coast

A beach fall is when a piece of beach suddenly slides into the sea. On the beach it looks like small cliffs of sand, a steep coast with waves that take a bite from the beach again and again. That sand slides into the depths of the water that flows off the coast.

Sand sinks into the sea

Beach fall occurs when the balance between the beach above water and the sand under water is disturbed. When there is a steep slope under water, nature seeks a balance between sand above water and sand at the bottom of the sea. The beach then descends. The steep slope can be created by a strong and deep current that runs close to the coast. Eddies behind the man-made dams also play a role. Those eddies can create a steep coastal wall. Sometimes heavy rainfall, low water levels, increased water levels and a spring or autumn storm can help. To restore balance, a stretch of beach slides into the sea and a beach trap can be seen.

The Suudwest of Ameland is one such place where a beach trap regularly occurs. The area is close to the Borndiep stream. The fast-flowing channel between Terschelling and Ameland comes close to the coast on the Suudwest. That causes depth and erosion underwater. It was that invisible depth that became fatal to the horses of the horse lifeboat in 1979.

On the Suudwest there are rubble dams, which play a role in the occurrence of beach falls. A combination of factors causes a beach trap to occur at that location on average once every two years. 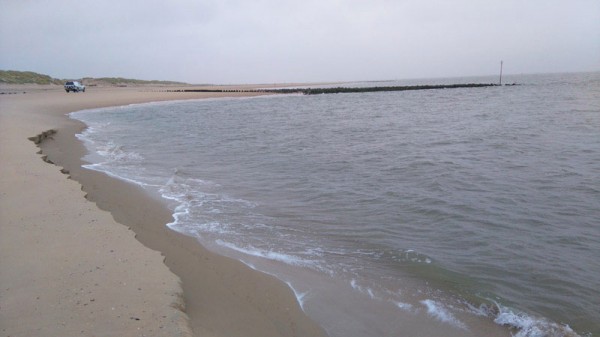 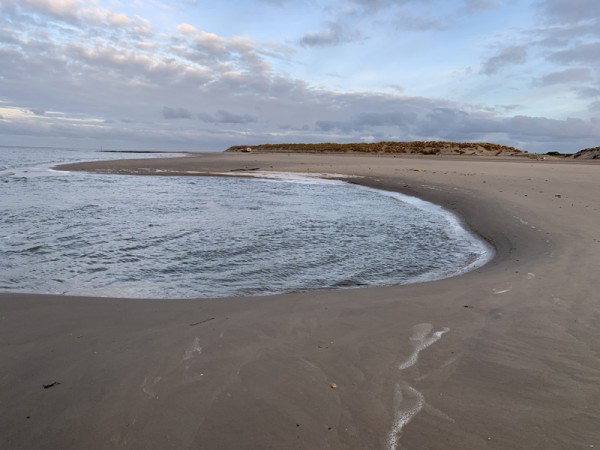 The Suudwest of Ameland is sensitive to beach falls. The steep underwater bank and high current speeds play a crucial role in this. This causes current eddies behind the breakwaters, after which, in combination with heavy rainfall and storm, a beach fall can occur. 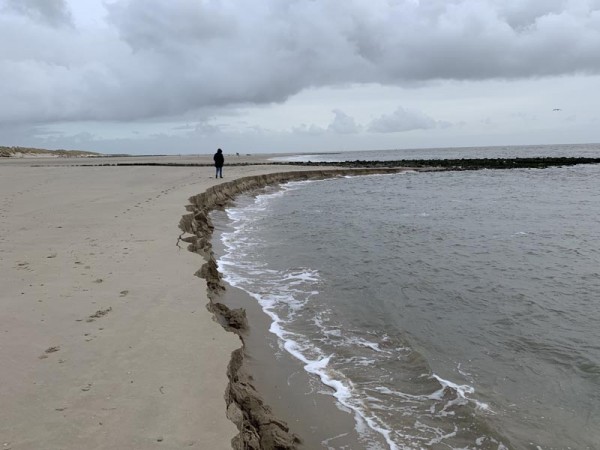 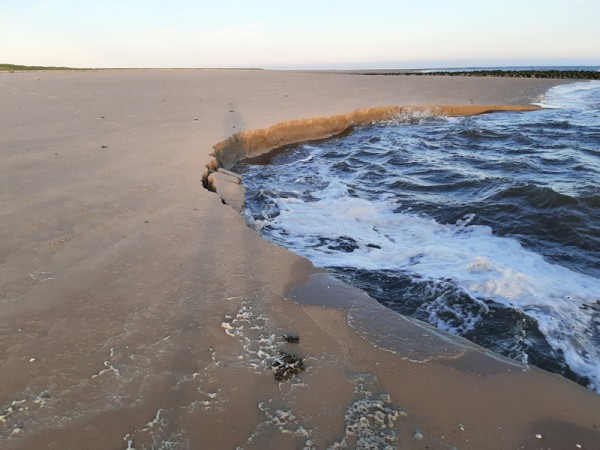 Three in a row

Rijkswaterstaat concludes that the combination of strong winds, increased water levels and wave loads has caused more sand to sink into the channel. It was due to the fact that no balance had yet been reached between the beach above the water and the steep slope below the water. Nature is looking for balance and as a result sand slides down and calves and beach comes off. No reason to take extra measures, says Rijkswaterstaat. 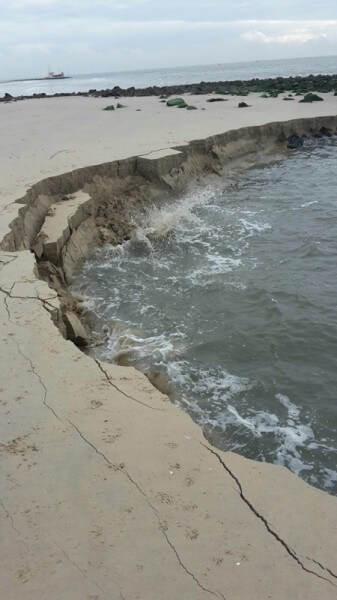 Rijkswaterstaat manages the coast and works to protect the land according to the Flood Protection Program. To this end, Rijkswaterstaat regularly carries out inspections. The underwater coast is mapped with so-called side scan sonar measurements. If such measurements show that additional maintenance must be carried out, Rijkswaterstaat will order this.

In 2017, Rijkswaterstaat will carry out a channel wall replenishment in the Wadden Sea off the Suudwest, in which 2.5 million m3 of sand is dumped into the channel to move the Borndiep lake towards the sea. This relocation of the channel means that the coast is less undermined by the currents and the landfill is protected. In general, Rijkswaterstaat opts for sand, because coastal protection with stone at a different location can lead to new erosion. The replenished sand also contributes to the coast’s growth in line with sea level rise.

Nissan GT-R – at the end comes the T-Spec

Education Inspectorate: digital security in higher education must be improved

Nissan GT-R – at the end comes the T-Spec

Education Inspectorate: digital security in higher education must be improved