Calippo Cola is the story of a schoolboy who goes to work at a mushroom factory to pay for his baseball equipment. “You” isn’t good at baseball, but makes up for it with a lot of fanaticism. The boy starts dating a girl he is madly in love with, they experience their love in a secret place, the attic of the factory. After a while they see each other less often and baseball is not doing well either. The new trainer wants to give a baseball presentation for invited guests, also “you” will have to hit. The day before the team presentation, he catches his girlfriend in their attic with another boy, his whole world turned upside down. She has promised to come and watch the team presentation, so everything will still be fine.

The book is about a schoolboy of about seventeen years old, his name is not mentioned. As a side job, “you” works at mushroom factory Versluis because he needs money for his baseball equipment and for glacés. The boy does not like washing mushroom boxes on a side job, it is often very cold, stacking is difficult and at the end of the working day he is broken. Yet it makes him feel good, he works and earns money while he never does anything at school.

In summer the boy likes the work more fun, then he can hold the water hose above his head or spray the stacker wet. He also learns to step on the pallet truck, to operate the forklift, to seal and cover.

Baseball is his passion, “you” have been doing it from an early age. He trains once a week and there is always a game on the weekend, if that is on Saturday he does not go to Versluis, baseball comes before everything. Still, the boy is not a good baseball player, he makes up for that with his fanaticism and knowledge of baseball facts.

The boy is dating a girl from his class. He gives her Prince CDs. During the summer holidays they go swimming and sunbathing at the Lek and eat Calippo cola ice creams. They have sex in her room, the girl is on the pill. The better the girl is, the worse things are at baseball, the boy is the gangster of the team.

On a Friday afternoon, “you” discovered a hatch behind the petrol tank while working. He opens it with the intention of going inside. He will come back later, that is possible, there is no alarm. The boy finds the attic where no one ever goes, an ideal place to take his girlfriend. They have sex there, at least once a week. “Your domain, your Garden of Eden, in the attic near Versluis.”

His baseball-team is getting a new trainer, there is now not only training on Tuesday and Thursday evenings, but also fitness training on Monday and Wednesday evenings. Baseball isn’t doing well, but the girl is his.

After a while they see each other much less, the boy has to train and work and she is doing final exams and has to read a lot of books. He has stayed put, not bad in itself, nevertheless their lives are falling apart and when they see each other they have to catch up first. They no longer go to the attic because it is too cold.

The new trainer wants to give an important team presentation, an official presentation to which the press has been invited, as well as the other clubs, the sponsor, the members and family and friends. The boy will have to hit during the team presentation and his pleasure in playing will be replaced by fear of failure because it is his last chance. And because his girlfriend has to study for her exams and doesn’t have time for him, he invites her to the team presentation. She promises to come, although she has to go home straight away to learn.

The day before the team presentation

The Friday before the team presentation, “you” is the only box washer and has to handle thirty pallets together with his boss and a truck driver. The boy stacks like crazy and thinks about the last time he was in the attic with his girlfriend with Purple Rain in the background. It’s been a week since he saw her. The boy wants everything to go back to normal between them and wants her to go back to the attic.

In the evening “you” go to her house, her mother says she is on her way to him. Maybe he missed her on the way, so he is already cycling to Versluis. Her bicycle and an unknown moped are standing at Versluis. He enters through the hatch and hears her voice and another voice. The boy doesn’t understand because this is their domain and tomorrow is the big day. When the boy leaves everything has changed, he cycles in circles, does not go to sleep and only when he sees the newspaper boy does he go home to lie down in his bed.

The story is told from the second person, the main character “you” is a schoolboy of about seventeen years old who has been left. “You” work in a mushroom factory and fall in love with a girl. The other persons are the girl, “them” that the boy is in love with. Versluis’ colleagues play a supporting role. 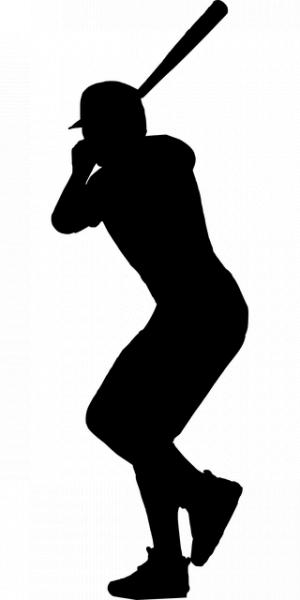 The book focuses on love, the protagonist’s passion for baseball and the love that “you” feel for his girl. The baseball facts mentioned throughout the book symbolize the boy who lives in his own world, isn’t good at baseball, and is in control through baseball facts. Prince’s lyrics symbolize the love and impotence that the boy feels. And it is also about a boy on the verge of adulthood, a coming of age book.

Love runs like a thread through the book, love for baseball and love for the girl.

The story is told in chronological order by the je person, he is the main protagonist of the story. The novel is set in the era of the guilder around 1984, the year of Purple Rain, and covers a period of approximately three years.

A novella in Donkers’ characteristic short sentences. The book is a young adult book. You experience the events through the thoughts of the protagonist who observes his surroundings from a distance. “You” don’t show his emotions, you have to read between the lines what’s going on. Although that is very clear when the boy makes the comparison between the woman of his dreams and a lying filthy whore. Prince’s music lyrics express his feelings, especially at the end of the book, a music text makes it clear how devastated the main character is of the girl’s betrayal.

The boring baseball facts reinforce the detachment with which the boy observes his surroundings. The baseball figures prove insufficient to keep a grip on his life. In the end his whole world collapses and you feel the boy’s pain.

Owen Donkers was born and raised in 1977 in Nieuwegein. He spent his studies in Groningen and lived for a while in France and the US, in 2020 Owen Donkers lives in Bennekom. His debut novel Julien was published in 2009, followed by IJsbrood in 2013 and Dryocopus in 2018. Donkers has made writing his profession, he says he can do nothing else. Donkers does not drive a car and does not have a TV or mobile phone.

Owen Donkers enjoys running as a hobby, the great source of inspiration for his writing. Donkers rewrites his texts many times and he also rereads books at least once because the content of the book then penetrates him better.

A turban decorated with glaze and decorations

A turban decorated with glaze and decorations