Icebread is about an ordinary family consisting of a father, mother and two children. One day the mother has disappeared, why the main character does not know exactly. The parents’ marriage is not good, they often argue. Fortunately, the boy has a hobby that he can indulge in, playing drafts. This sport offers him structure and regularity, things that are not self-evident at home. The boy and his team win the championship in the Netherlands, then it becomes clear where the mother is.

The book revolves around the I figure, an eleven-year-old schoolboy who is not mentioned by name. At the beginning of the book his mother has disappeared, he does not know exactly when and his sister does not know either. When it happened they were in school and their father doesn’t want to say more than their mother isn’t there. They get money from him to get some food at the snack bar. After some insistence from his sister, the father admits that their mother is going to live with Ron for a while. Ron is the ex of Jacqueline, a friend of his mother.

His father works at the Ministry of the Interior because money has to be earned, he is actually a painter. At home he is always painting and when the mother is not around he has to provide the food; his children think their mother can cook much better. The father does not clean, the children each vacuum their own room.

The mother teaches pedagogy at the university, sometimes the boy picks up his mother from the tram stop. Her colleague Fanny does not like her and every day during dinner his mother complains about Fanny. The I figure thinks it is strange, when he met Fanny one time she was very friendly to him.

His parents’ marriage is not good, the parents often argue and his mother has left many times, but his sister is very sure this time, their parents are going to divorce. For the boy, this is the only familiar element in the unpredictable goings-on of the family.

The I figure attends a Montessori school, where everyone works independently. The boy spends all day looking ahead a bit and does some sums every now and then. He philosophises about the other children in his class who every day bring a lunch box to school that is filled by their mothers and who are dressed in clothes that are probably laid out by those same mothers. Mothers who also wake up their children cheerfully in the morning, while they regularly had to eat ice cream bread in the morning because the bread was not put out of the freezer in time.

The boy has a great hobby, checkers, for which he is trained by Mr. Bakker, together with other children. In addition, there is a club evening in the community center every Thursday evening and he regularly participates in a drafts tournament. When he has won the local school checkers championship he is recognized and harassed by boys from other schools.

Another hobby of the boy is the computer game Lode Runner, where you can achieve one hundred and fifty levels. As the I person says: “It was of no use to me, because nobody took me seriously.” He also regularly gets books from the library and plays with Lego. In his opinion there are Lego children and Playmobil children. “Playmobil was of no use to you. You could put it down and then look at it.”

The role of checkers

For the main character, checkers means order in his messy life at the Montessori school and at home. With his team he becomes champion of the Netherlands and they receive a cup that goes with the boys around the tour area. The boy wants to show the cup to his mother, but he is beaten by a bigger boy and his cup is broken. Arriving at Ron’s house, the boy realizes that he has no business there and that his mother is gone. He is indignant, everyone does whatever and everyone decides what happens, when you are eleven years old you cannot determine anything and you have to comply. He decides to throw the cup through the window and runs off.

The book is told from the I person, his first name is not mentioned. The other persons are the sister, the father and the missing mother. Aunt Wil, his mother’s friend Jacqueline and her boyfriend Ron play supporting roles. 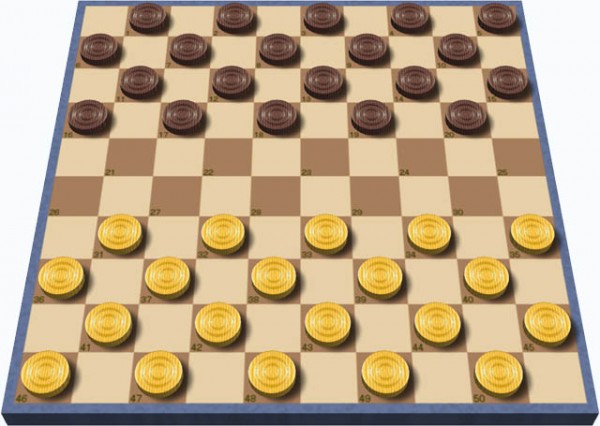 The cover of the book features a checkerboard with checkers pieces. Checkers plays an important role and stands for order and structure, everything that the main character does not know at home, where everyone goes their own way and the mother has suddenly left without it being clear when she will return.

Ice bread is bread that has not been taken out of the freezer on time, it also symbolizes the family that is not functioning and whose members each go their own way. The connection is missing.

The book is about the divorce of the parents of the first person, it is also about (verbal) violence the boy has to deal with, both at home and at school, and Icebread is the story of a boy growing up around the puberty years.

The novel is set in Nieuwegein and spans a few weeks. There is no chronological order, the story begins when the mother has disappeared. The book is set in the era of the guilder, at the end of the eighties.

A novel in short sentences as a child would use them, yet it is not a children’s book. You experience the events through the thoughts of the protagonist who closely and observes his surroundings in a humorous way. There is no room for great emotions, you have to read between the lines what is actually going on and only at the end of the book does the main character show his feelings. Checkers occupies a dominant place in the book and also serves as an outlet for the main character.

Owen Donkers was born in 1977 in Nieuwegein. After his studies in Groningen, he lived for several years in France and the United States, in 2020 he lives in Bennekom. In 2009 he made his debut with his novel Julien, Calippo cola came out in 2011 and after Icebread Dryocopus appeared in 2018. Donkers is a full-time writer by trade.

Owen Donkers does not own a car and does not own a television or mobile phone. Running is the source of inspiration for his writing. Other writers he admires include Jeroen Brouwers and Louis Paul Boon. A funny detail is that Donkers always reads a book twice because then he understands the book better.

Dung fly: habitat, appearance and origin of the name

Dung fly: habitat, appearance and origin of the name