Julien Korver goes to America with his wife Simone. She wants to do her PhD there, he wants to take a side job there to be able to work on his poems in peace. But he soon realizes that no one is waiting for him in the land of unlimited possibilities. And then he is lucky, the pizza restaurant he can go to works with illegal immigrants who get poorly paid, while Julien is legal and just gets paid. He is getting more and more annoyed with the system, where being different is not appreciated and where nothing is what it seems. His dream image of America crumbles more and more until nothing remains of it.

Protagonist Julien Korver moves to America with his wife Simone, she hopes to obtain her PhD in New York and he wants to write a collection of poetry. In the meantime, Korver takes a side job to have a little more to spend. But over time he discovers that no one is waiting for him in the land of unlimited possibilities. How differently he had imagined America. He knew America from films, music and well-known music series and of course America was also the land of space. Julien tries to integrate as well as possible and to be even more American than the Americans themselves, unfortunately he gets rejection after rejection when applying for a job. He finds out that he doesn’t fit in a box, a foreigner they are not waiting for in America.

Eventually, he gets a job at Joe’s Pizza, a pizza restaurant where he works with a few illegal colleagues who are severely underpaid by his boss. Julien has a work permit and receives a normal salary, unlike his colleagues. Because they are illegal, they cannot do anything about it. Korver gained experience in the catering industry at McDonald’s in the Netherlands when his studies did not bring what he expected.

Everyone does something in the restaurant, it is dirty and old pizzas are simply put in the display case between the newly made pizzas. Furthermore, a vague renovation is underway, making the restaurant look like a construction site. Everything to do with the pizzeria is badly arranged or not at all arranged, because his boss doesn’t care, he is only interested in making money and, if he has saved enough, to go back to Sicily where he comes from . His boss doesn’t earn that money during the day, so not many people come. He makes his turnover around midnight when drunk students come and eat everything and are dropped off by Joe. The employees never stay long, new people come and go. Only the Mexican Rui remains, just like Julien he gets his wages, albeit in cash, because officially Rui does not exist. There is also a certain Andy, an alcoholic from El Salvador, who can be found more often in prison than outside. He may work with them, he will always be an outsider, he is not one of them. 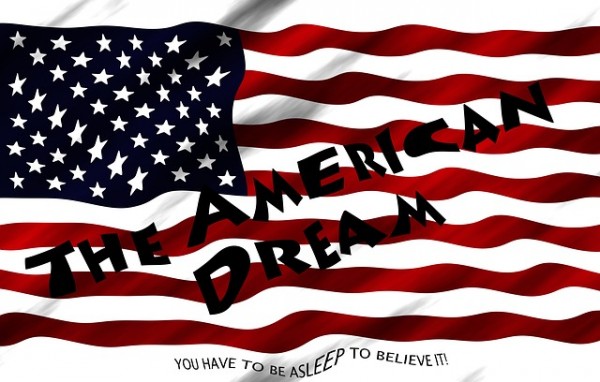 When Julien has found a job, he can finally find the peace to write poems. While writing his poems, Korver is often accompanied by a chipmunk, a cheek squirrel that roams around the garden, he calls the chipmunk Odin. Publishing his poems is not going as he expected and he is getting more and more annoyed with America and its inhabitants, impersonal, shortsighted and busy as he thinks they are. The time he spends writing poems is a protest against that superficiality, Julien wants to dwell on things that are worthwhile. His dream of America is crumbling more and more: “It is not what it seems, this country. It is not real. It is a fairground full of deceit.”

Julien Korver is the main character, the other people who play a role in the book are Simone’s wife, his boss Joe and from the series of changing colleagues the optimistic Mexican Rui who will stay and alcoholic Andy who dreams of a better future despite everything.

Julien’s part-time job reinforces his feeling of disappointment and powerlessness, because the writer does not want to get off the ground, while the career of his wife Simone is going very well. Yet the book is also about his passion for writing and is at the same time a protest against America. The country where apparently anything is possible turns out to be a prudish country, where nothing is what it seems. “The country where you are nobody, only a potential customer. Where the system dominates there is no room for originality.” Remarkable is the piece of text about Mickey Mouse and Donald Duck in which Julien tells that Americans love Mickey Mouse, who is not a real person, but a good type who never does anything wrong. In his view, Americans do not like the grumpy Donald Duck who swears and curses, an anti-hero. The weekly magazine so beloved in the Netherlands does not exist in America either. Julien further makes the comparison with a crystal clear window through which you can see everything passing by, as time goes by more and more scratches and cracks appear, causing the entire window to collapse and the window to turn to dust.

The novel is about the experience of main character Julien Korver, who moves to America together with his wife Simone. He tries to find his feet and wants to work on his poems in peace. We see America and its people through his eyes.

It is clear that the protagonist does not like America, it is an outright indictment of the system. Hopelessness also plays a role. Julien is in a luxurious position, he can live on his part-time job and Simone’s reserves, the illegal colleagues, on the other hand, work long hours for a pittance and sometimes don’t even get paid. They have no vision of a better future, they are exploited and not seen as human beings.

The novel is told by the I person, the main character in the story. The story is set in New York in the late eighties and early nineties and is told chronologically, although in the book Julien occasionally goes back to the reason for his and his wife Simone’s departure from the Netherlands. At the time, they were already working on the construction of the wall between the US and Mexico, which is not yet finished in 2020 and will probably never be completed.

Not bad for a debut novel, the writer sometimes whines a bit too much about America, although this also has a function as an expression of impotence and powerlessness. It is clear that he describes his own life in the US, where he lived for five years. Funny that he hides short poems in his novel, perhaps the ones that were rejected. Owen Donkers writes accessible and clear, because of his way of describing you just see the filthy pizzeria in front of you, that certainly applies to the beautiful imagery he uses to air his view on America.

Owen Donkers was born in 1977 in Nieuwegein. He studied briefly in Groningen, where he also worked for a few years. After a five-year stay in the US, he lived in France for a while, in 2020 Owen Donkers lives in Bennekom. His novel Calippo cola was published in 2011, followed by Icebread in 2013 and Dryocopus in 2018. Donkers has made writing his profession, in his own words that is the only thing he can really do.

His hobby running is the great source of inspiration for his writing. Donkers is not easily satisfied, he rewrites his texts numerous times and he also rereads books several times because each time he discovers new things that he had not noticed last time.

Soup from the VOC