The shar-pei is known for the wrinkles and skin folds that the dog has from head to tail. Originally from China, this dog has been in Europe since the 1980s and for a reason. What exactly is the shar-pei dog, what is the character of this dog and what makes the dog so unique?

The Chinese shar-pei has been kept in the southern provinces of China for centuries. The dog can be seen in images up to about 200 years before Christ. Especially the poorer farmers and fishermen had such a dog at the time. It is a great watchdog with a nice hunting instinct. However, the dog was in danger of near extinction in the mid-20th century because China had introduced extremely high dog taxes. In the early 1970s, however, Matgo Law launched a sort of rescue operation from Hong Kong. The dogs were shipped to other parts of the world and especially some breeders in the United States took over the breeding program. The breed was introduced to Europe in 1979. In the meantime, the old variety has changed somewhat, but it still has some important basic characteristics.

What kind of dog is it?

To decide if the shar-pei is for you, it is important to know more about this dog. In 2019, a shar-peipup will cost you an average of 1300 euros at a breeder.

One of the main features of this dog is of course the highly wrinkled skin and flaps of skin from head to tail. It should be noted, however, that not every shar-pei is equally wrinkled, there can be considerable differences. Since the puppies already have these wrinkles, a picture can be drawn from an early age.

The females can weigh between 18 and 25 kilograms and the males between 25 and 30 kilograms. The height at the withers is between 46 and 51 centimeters. The coat colors are, with the exception of the shar-pei with black fur, more or less in the same color line, namely:

There are also shar-pei dogs with so-called dilute colors, which means that the black pigment is lacking and the nose and nails have the same color as the coat. These dogs have a lavender-colored tongue and the eyes are slightly lighter in color. These dogs come in the following coat colors, namely: 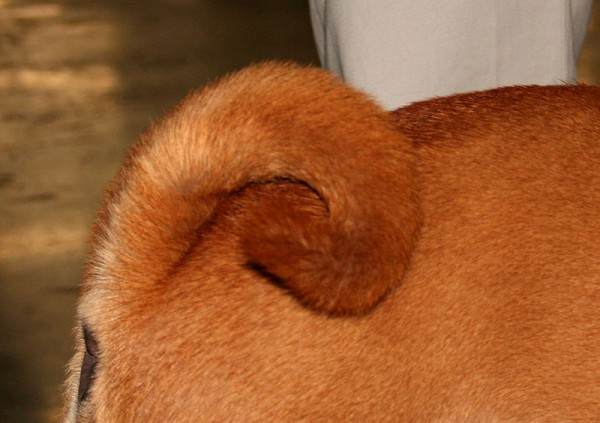 The coat is short (without undercoat) and is a bit harsh to the touch and appears a bit bristly. The hairs are no longer than 2 to 3 centimeters. The dog needs little maintenance in terms of coat, only the skin of the ears must be monitored. The ears are almost against the head and that can cause friction and, for example, cause wounds. The shar-pei is a somewhat stocky looking dog that is well muscled and has a tail set high. The tail has a kind of half curl that lies over the back. The dark eyes are slightly recessed in the head.

The natural attitude of the dog sometimes looks like a threatening attitude to other dogs and often these dogs are therefore wrongly attacked. With the gentle nature, this dog will not react immediately.

The shar-pei is a gentle, sweet, and even affectionate dog who is great with children. The environment known to the dog (in terms of people) will therefore be treated as such. This dog will seem a bit more reserved to strangers. Until the dog perceives the person in question as someone within its circle of famous people, the dog may even appear somewhat suspicious. The dog approaches the human and not the other way around, so if you want to pet the dog, wait and see if it comes to you. They don’t get aggressive, but ignore you.

Furthermore, the dog has a fairly stubborn character and can quickly become jealous, especially if the dog has to share attention with other dogs. In addition to the regular outlets, take the dog along for a brisk walk every now and then, which makes the dog completely happy. Moreover, the shar-pei can also maintain its condition in this way. 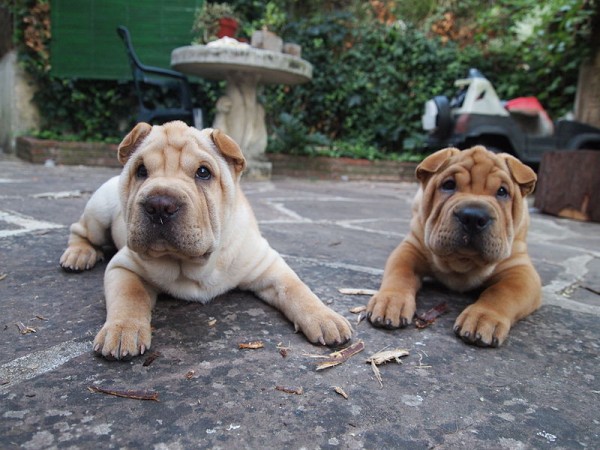 The shar-pei can suffer from ailments that affect more dogs, such as allergy problems, eyelid problems, and heart problems. Specific to shar pei are the problems with the lips. The lower lip can be so close to the teeth that it can hardly be lowered. The lip then curls outwards, as it were. This is more or less bred in, because the large head with firm meat mass (also around the mouth) is very desirable in this breed. Only if the dog cannot eat or drink normally can it have more serious consequences, in all other cases the dog can live with it.

This solidly built, wrinkled dog is imposing to look at and sometimes appears threatening due to his posture and build. In fact, it is a sweet, gentle and affectionate dog that likes to cuddle. It is also a dog that is easy to keep in a family situation and who loves it when he or she gets all the attention.

Writers standing up for local bookstores: ‘Order your books there’

Researchers in Wuhan: start of ‘scientific quest’ into the origin of corona

Writers standing up for local bookstores: ‘Order your books there’

Researchers in Wuhan: start of ‘scientific quest’ into the origin of corona