Engelsmanplaat ?? sandbank between Ameland and Schiermonnikoog

Engelsmanplaat ?? sandbank between Ameland and Schiermonnikoog

Engelsmanplaat is a sandbank between Ameland and Schiermonnikoog and south of the Rif. Engelsmanplaat and the Rif together form one system in the channel between the two islands. The sandbar is subject to erosion and was once much larger than it is today. It could even be that the plate will not reach the 22nd century, that it will disappear completely due to erosion. Engelsmanplaat is a popular destination for mudflat walkers. It is a Natura 2000 area and part of the Wadden Sea World Heritage.

Kalkman between Ameland and Schiermonnikoog

Engelsmanplaat belongs to the province of Friesland and is located about 5 kilometers off the coast of the mainland at Paesens-Moddergat. The plate is located between the Pinkegat and Zoutkamperlaag channels and was created by the sand sediment on the flow separation of these two channels. In Frisian the record is called Kalkman. Engelsmanplaat is uninhabited and is less than one square kilometer in size, even less than one hectare at high tide. It is a dynamic area that is continuously growing and decreasing. Then you can see dunes again and a few years later they are gone. The record has been freely accessible since 1991. Wad hikers, brown fleet and kayakers like to visit the plate.

Engelsmanplaat is part of the Dongeradeel municipality, just like the Rif. It is one of the municipality’s wedding venues.

The sandbar is small; a few centuries ago it was much larger. Around 1500 it was a large sandbank, but in the nineteenth century it fell through. There was strong erosion on the west side of the island, the side facing Ameland. The closing of the Lauwerszee, in 1969, seems to be the final blow to the Engelsman record. Since 1985, erosion can also be seen on the east side, the side facing Schiermonnikoog.

The Engelsman record has been referred to by different names in the past: ‘Ingelsche Plaet’, ‘Langhe Sandt’, ” t Hooge Sandt ‘,’ Hooghe Banc ‘,’ Kalkman ‘, ?? Roksand ?? and ‘Jouerman’. The name to which the record now belongs is probably derived from a beaching in 1708. At that time the Schiermonnikoog shell fisherman Feye Willems Engelsman got stuck there with his ship. Remnants of the wreck can still be found on the plate.

The slab has buildings in the form of a cape and a bird water house. The cape is called Kaap Engelsmanplaat and was installed by Rijkswaterstaat in 2007 as a replacement for an old cape. The old one, which had been there since 1968, was destroyed in a storm in 2006.

The cape is a beacon for shipping. Before 1968 there also seem to have been capes, because the builders found old foundations. The oldest evidence of the navigation device dates from 1563 and an old sea chart from 1796 has two beacons drawn on the plate. At the beginning of the 20th century there were even three capes on Engelsman record. They were removed in the First World War.

Besides the capes there were drowning houses on Engelsmanplaat. During the Second World War, one of the houses became a hiding place for two American pilots and two Dutchmen. In 2006 the last drowning house disappeared at the same time as the cape in a heavy storm.

Staatsbosbeheer, the Waddenunit and Rijkswaterstaat manage the area. Staatsbosbeheer has had a bird watcher at Engelsmanplaat since 1973. Bird watchers keep an eye on the island, provide information to passers-by and visitors and count the animals. Telgroep Engelsmanplaat carries out the counts for Staatsbosbeheer. The bird guards see to it that the nesting birds are left alone. In 2016 a new birdwatcher’s hut was installed, which The Kalkman is called, after the Frisian name for Engelsmanplaat. The festive opening was in September 2016.

Accessible to the public

The sandbank is accessible all year round, although it is recommended not to enter the Engelsmanplaat around high tide. Wadvaarders and mudflat walkers are also expected to adhere to the Wadvaarders Code of Honor and to handle the plate and the animals with care. That means keeping your distance, not leaving any mess and not destroying anything.

A large part of the Engelsmansplaat is flooded at high tide, but the part that remains dry functions as a high-tide refuge for tens of thousands of birds. They forage and rest there. When the water is very high, the birds fly to the higher Rif. The 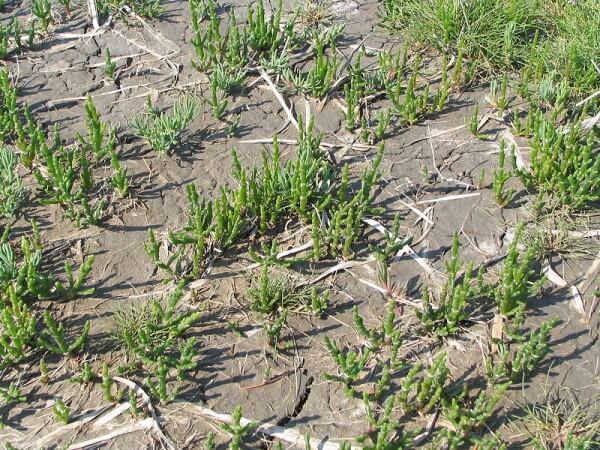 birds that visit Engelsmanplaat are:

Seals come to the Engelsman Plate to rest and to give birth to their young. Together with the Rif, the Engelsmanplaat is an important place for the seals of the Wadden Sea.

Not much grows on the Engelsman record.
The following plants can be found:

Engelsmanplaat was never inhabited, but work was done. They went there to look for eggs to be eaten or sold. Shells were also collected and beachcombers saw their chance. The plate used to be the final resting place for many wooden ships and everything could be ripped out of the wrecks.

You can view Engelsmanplaat by going on a mudflat walking tour. It is a popular destination for mudflat walkers.
The plate is regularly visited by boats and sailing yachts and by kayakers. If you want to see the picture, you can book a mud flat trip from Lauwersoog.

Several mudflat walking centers offer trips from the coast to the Engelsmanplaat. From Wierum, the 12-kilometer trip – mudflat walking never goes in a straight line because of the water in the channels you will be facing – about four hours. The first part is muddy, but the largest part through the Wadden Sea is sandy and hard.

The Engelsmanplaat is one of ten uninhabited islands and sandbanks in the Wadden Sea.
All ten in a row, from west to east: 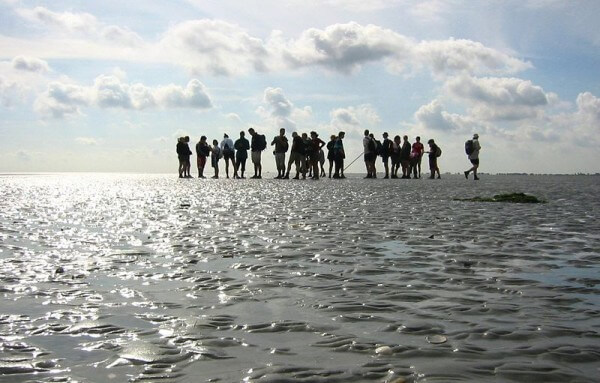 Characteristics of the public primary school