The manta ray is a huge fish that mostly moves horizontally in the water. The top of its body has a different appearance from the bottom. This arose because of the evolution of the marine animal. It occurs in areas where the water temperature is higher than average. These are largely areas south of the equator. The stingray has several small sea creatures on the menu. Although the animal is huge, it has the ability to move quickly during the hunt. Where does the manta ray occur? What does this ray eat and how long can it grow?

Facts about the manta rays

The manta rays are the largest ray species in the world. It is also known as the “giant oceanic manta ray”. Its scientific name is “Manta birostris” (abbreviated: “M. birostris”). It belongs to the eagle rays family. It also belongs to the subfamily devil rays and belongs to the so-called cartilaginous fish. Cartilaginous fish are fish with a skeleton consisting of cartilage. There are also so-called “bony fishes”. Most of this group have a skeleton made up of bone. The manta is unique because of its special shape and locomotion. Its locomotion resembles a bird moving its wings up and down. To advance in this way, his body is completely streamlined.

The largest species can reach a wingspan of seven meters. The largest specimens also have a length of almost ten meters and can reach a weight of up to three tons. Sometimes it can take up to eight years for the animal to stop growing and reach maturity. However, the manta ray is already fully developed at birth. This is not the case with other species. The top of its body has a black / blue color. This is in stark contrast to the color of the underside of its body. This is namely white in color. This makes the manta ray less noticeable even though the animal is huge. The top of its body has a coarser texture than the bottom. It has a long thin tail at the back. This tail is not pointed like the devil ray, a closely related ray species.

The habitat of the manta rays

The manta rays occur in places in the ocean where there is a tropical, subtropical or mild temperature. These are the oceans that are around the equator. Near Australia, like other fish species, it makes use of the abundance of food around the Great Barrier Reef. In addition, the manta ray can be found in the Southern Ocean, namely near the coast of South Africa. The animal also lives around the Maldives, an archipelago in the Indian Ocean. Elsewhere, the marine animal can be found along the coast of Hawaii and the Philippines.

Its diet consists of plankton and small fish. Plankton is a collective name for a lot of tiny organisms in the water. Most plankton drift passively with the different currents of the ocean. Since it has about the same diet as that of whale sharks, there is a good chance that the marine animals will meet. Sometimes the manta ray itself is eaten by an orca or shark. Killer whales are among the largest predators on the planet, requiring as much as 400 pounds of food per day. To get rid of these different predators they can swim fast in the water. In addition, they have the opportunity to surface for a moment. Researchers suspect that they jump out of the water when they are being chased. 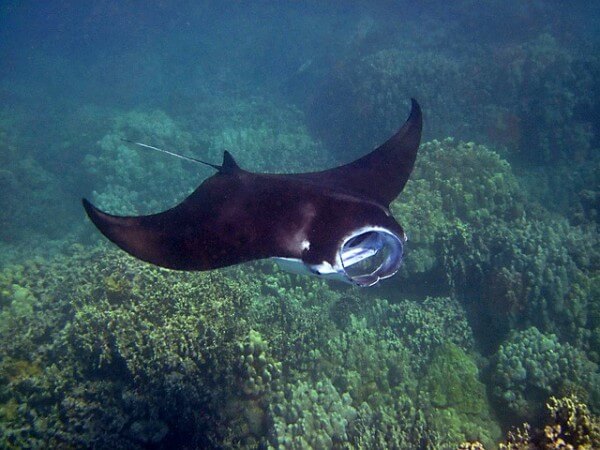 The manta ray has only a few natural enemies, namely humans and a number of shark species. Sharks attack the animal because the creature is part of its diet. Man has the largest share in the disappearance of his natural habitat. As a result, the population is shrinking near densely populated areas.

The shark species that pose a threat include the white shark and tiger shark. Most other predators are simply too small to pose a threat. Ironically, rays are related to the shark.

Coral reefs provide an abundance of food. However, these coral reefs are under serious threat due to the damage to the environment. An example of this is the pollution and degradation of the Great Barrier Reef. In addition, dive sites can reduce the habitat of the manta rays. Fishermen are also a major threat to the marine animal.

Book Review: The Woman in the Window – AJ Finn

Book Review: The Woman in the Window - AJ Finn

The ideal living environment for the indoor cat

The ideal living environment for the indoor cat