The lhasa apso is a small companion dog originally from Tibet. This small dog is partly responsible for the origin of the dog breed Shih Tzu. It is a small, fairly taciturn dog with a rather outspoken character. This does not make the dog very popular. Well as a boomer, because that is a cross with another dog of the same size. What kind of dog is the lhasa apso actually?

In any case, it is an ancient breed originally bred by the Buddhist monks. The breed is believed to be as old as the current era. The dog is originally from Tibet and, despite its small size, was also used as a police dog. This was partly due to the fact that the dog is resistant to the cold and that the dog can react strongly to strangers.

The latter is still a clear characteristic of the dog. It is a true friend of the boss, but a stranger passing by can be viewed very distantly and suspiciously. He will tolerate the stranger, but that’s it. The lhasa apso is, when compared to other dog breeds, relatively little bred. Little breeding has the disadvantage that there are relatively few bloodlines and the advantage that they are hardly bred through.

He is a small friendly dog, but as said he only has one owner and for the environment it is a matter of tolerance. It is a watchful dog and this dog is absolutely curious, stubborn and extremely loyal to its owner. He will always want to keep the boss in view. 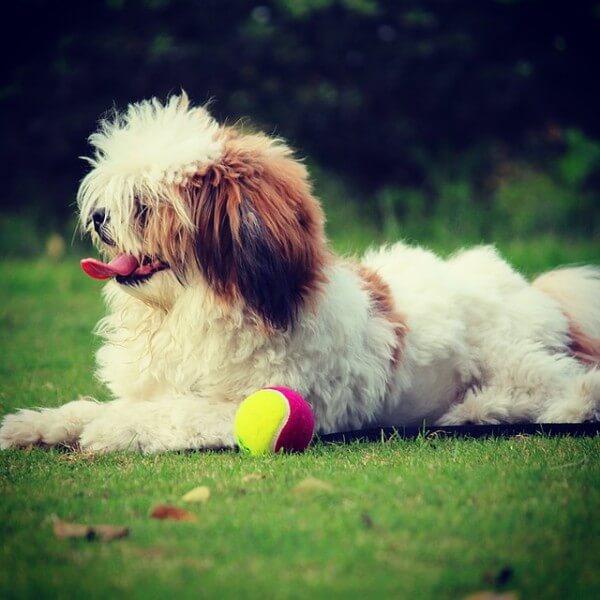 Life at high altitudes, as well as the fact that the Himalayas runs through Tibet, means that Tibet has a continental climate with hot summers and harsh winters. In addition, the country has both sand storms and snow storms. This has caused the lhasa apso to evolve to have a long thick coat, with an undercoat.

Sometimes you see the lhasa apso with a sleek silky coat that almost rolls over the ground. The question is whether this is the dog’s original coat. Since the original coat is only present in limited breeding lines, we can assume that the coat was bred in a targeted manner and the coat often no longer has the original character. The original coat is very dense, but the individual hair strands are clearly visible. The coat is relatively similar to human hair and you will find little shedding hair from this dog.

It goes without saying that such a coat must be well maintained. With both a long and short coat, regularly brushing through it is therefore not an unnecessary luxury. There are several colors “officially”, namely: gold, honey color, sand color, black, white, dark gray, smoke color, two or multi-colored and brown. But if the dog has a different color, it can still be a sweet animal.

What makes the lhasa apso a dog to buy?

Because this dog has one owner, the question is whether it is a suitable dog for the family (of course exceptions confirm the rule). On the other hand, if you are alone, it can be a very nice dog for you. The dog is very focused on the owner, so it can be a real friend for many years. 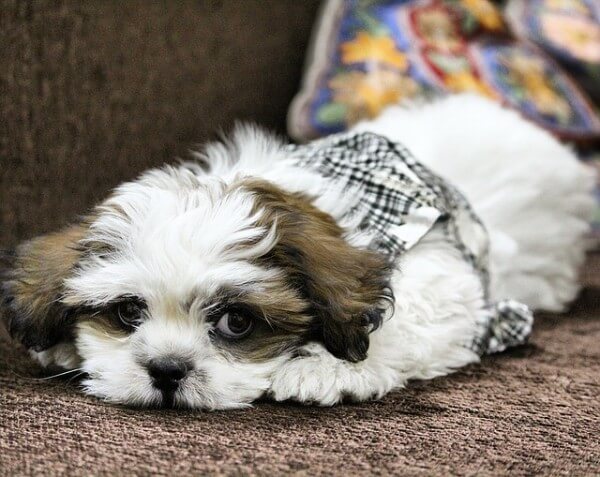 What do you pay attention to when you buy a puppy?

If you want to buy a puppy, it is always good to read up. You will need to know a little more about the dog to see if it suits your home situation. The preparation also includes that when you decide what kind of dog it should be, you look at the good breeders. Look for licensed breeders, not dog buyers.

For example, the breeder must have the mother dog walking around with the puppies and she must be approachable (just like the puppies, of course). A father can also be present, but a male can also be used externally for mating. This male must be ?? official ?? are (pedigree, tests, etc.).

A good breeder ensures that the puppies grow up with the daily sounds. They should not shy away from household appliances, screaming children, sirens or other noises. The puppies stay with the mother for at least eight weeks and during that period they are partly raised. Small dogs are more often house-trained, but assume that you still have to practice? before they are actually toilet trained and the rules ?? to know. Taking a puppy course with your dog is always recommended. You always enjoy the basics they learn there.

The breeder can provide the pedigrees of the parents. Before leaving the house, the puppies must be fully checked by the vet and have received the necessary vaccinations. Furthermore, a purchase contract makes sense. You can include that parents have been tested and are free of hereditary diseases known at the time of mating.

The lhasa apso is a sweet dog with a distinct character and appearance. It is a watchful dog that likes to be with the owner and with whom you can have a good relationship for years. You should have no trouble with regular combing (even with a shorter coat) and a puppy course is certainly recommended with such a dog.