Minsener-Oldoog is located in the German wad. That island has two names linked to each other for a reason. In fact, it consists of two sandbars artificially linked together. The island is located north of the village of Schillig, on the coast on the mainland and from there you can walk to the mudflats. A part of Minsener-Oldoog is accessible and that is the place used by bird watchers to view wading birds. Most of the island is a protected area, precisely to give the birds peace of mind.

Artificial island in the Jade estuary

Minsener-Oldoog is located two kilometers east of the inhabited Wadden island of Wangerooge. The island is uninhabited and lies in the estuary of the Weser in the Lower Saxon Wadden Sea area. Ships that choose the open sea of ​​the North Sea from Bremen or Bremerhaven pass Minsener-Oldoog. The islet lies to the north of the Jadebusen, with the port city of Wilhelmshaven and is located about four kilometers from the mainland with the villages of Minsen and Schillig. The island is 4.5 km long and 1.5 km wide, with an area of ​​370 hectares. It belongs to the municipality of Wangerooge.

The Blaue Balje steam is located between Minsener-Oldoog and Wangerooge. The islands and Blaue Balje are located in the Wadden Sea World Heritage Site.

The island is mainly formed by sand accumulation, artificial. It had to give structure to the flow of the Jadevaarwater. It was to prevent silting up of the route to Wilhelmshaven, especially important for the German Navy. Most of the sand came from the waterways of the Jade and from the expansion of the port of Wilhelmshaven. The 7 km² sandbank Olde Oog had some small dunes, just like on Minsener Oog. Construction began in 1909 and when the island was completed it was handed over to the birds.

Between 1975 and 1978, 10 million m³ of silt and sand was dumped, which formed the southern part of the island. The two sandbanks were connected with dams and behind them the sand formed dunes where the birds immediately nested.

The island becomes Minsener-Oldoog, Minsener Eye and Minser Eye mentioned. The island’s name comes from the mainland village of Minsen, which is right in front of the island. It is the ‘island of Minsen’. There is a legend that Minsen was actually located on the island of Minsener Oog.

The fishermen of the village caught a mermaid, but that brought no luck. The village was overrun as the mermaid’s revenge. In Minsen is a bronze statue of the mermaid, the Minsen Seewiefken. The mermaid is also in the coat of arms of Wangerland, of which Minsen is a part.

It was actually the plan to connect Wangerooge with Minsener Oldoog to limit the erosion of Wangerooge, but the Second World War threw a spanner in the works. During the war, the Allies tried to silt up the Jade estuary by blowing up an important dyke on Minsener-Oldoog.

The attack on the dike and the displacement of the sand would render Wilhelmshaven unusable for the German Navy. The Allied project was not completed and the results were not conclusive.

Minsener-Oldoog is a bird island, with dunes of up to 12 meters high. Wading birds use it as a resting and nesting place. Part of the island may be entered and bird watchers go to the island to observe the birds at the southernmost point. Only that part falls outside the protected area.

Various mudflat walking tours are organized from coastal towns, such as from Schillig. 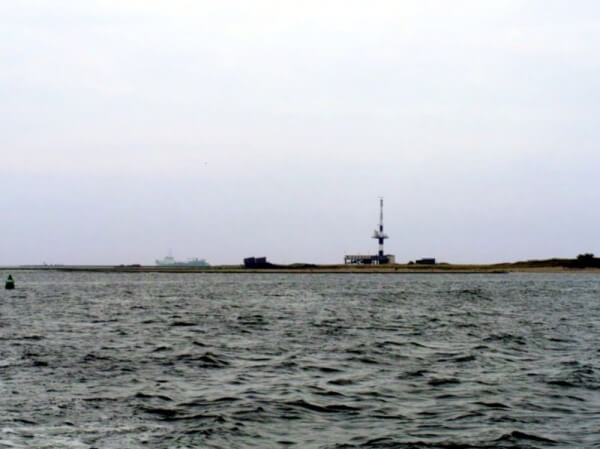 Only the Minsener Sand lighthouse can be seen on a map from 1906. There was no island then. Minsener Oog was formed from the Minsener sandbanks and Olde Oog, a sandbank two hundred meters to the south. During the Second World War, a small concrete tower was built that served as a lighthouse until 1988. A radar tower was placed on Minsener-Oldoog in 1976 and it still stands today.

French lop as a pet

French lop as a pet