You see it more and more, raising children multilingual. On the one hand from the multicultural society, the composite families from different countries / cultures is increasing and on the other hand the possibilities that multilingualism can offer in the future. Study abroad and / or doing business in or with a foreign country are some things that go a lot easier if you have been raised multilingual. But how does it work best at home?

School and at home

More and more schools are also starting to teach English at a young age. Having a good command of a common language such as English is nowadays almost indispensable and if you want to educate your child (ren) in a multilingual, the school is an important one. But what if it is not about the English language, but for example Spanish, Chinese or German? You can choose lessons in addition to regular education, but don’t forget the home situation.

Since the foundation is laid at home and young children pick up everything much more and faster, it is no problem to pick up multilingualism at home. Where it is not the case that the person who brings the language ?? must also consistently speak that language, contrary to what is often said to do.

How to draw attention to the language?

Children are still very primary in their feelings, so as soon as you bring up firm educational or emotional matters, it is best if you do this in your native language. Children feel the emotion and pick up the language relatively easily. But as you should do everything consistently with children, you should also do this with your language. 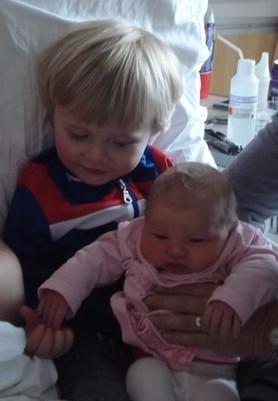 Source: Own nephew and niece – Annastaal

If it concerns a language that is not your mother tongue, but one that is excellent, pick it up in a playful way (and this also applies if it concerns the mother tongue of one of the parents). At the table during dinner, questions and answers must be able to be asked and answered in the different languages. Read a book, sing a song together? let it be a matter of course and don’t put it on it as a loaded thing. The child does not learn faster and it can give an unnecessarily heavier load for yourself. So approach it yourself in a playful way.

After hearing and speaking comes the grammar and you just have to be patient with that. You can stimulate your child by practicing with him / her, but do not force it. It also happens quite often that children start at school with a slight delay, but it is generally caught up quickly enough.
In the long run it even benefits and this is mainly due to the ability to concentrate and organize. Children who have mastered more than one language must learn to focus on that one language from the moment they are also confronted with that other language (s). Moreover, the child must learn to separate things well from an early age and that is a must if you want to organize something. As it goes without saying with young children, they can enjoy it as he / she gets older.

Develop the language calmly and do not be disappointed if a child speaks only one language for a longer period of time. He / she picks up the other language (s) automatically. Putting pressure on what you yourself have in mind as a parent / educator does not work. Teaching a child the language in a playful way puts less pressure and makes it easier for the child (he will not feel that pressure either) and for yourself.

Lessons for toddlers and preschoolers: theme the bakery

Lessons for toddlers and preschoolers: theme the bakery