Most of the competitors of sports car brand Porsche have merged over time into larger manufacturers. Unfortunately, they have lost out. However, from the year it was founded in 1948 to the present day, the Porsche brand remains a loyal, profitable and, last but not least, independent maker of powerful sports cars. Thus the name Porsche has become synonymous with dazzling sports and racing cars. Something the founders actually wanted to build when they started with 200 employees. What strategy did Porsche follow? How did Porsche manage to remain independent?

The designer of the well-known Porsche Design: Ferdinand Alexander Porsche

Who doesn’t know them: the flashy, beautifully designed super-fast cars from the car manufacturer Porsche? When spotting such a car, many look enviously into the car to see who the driver is, secretly hoping to see some faded sadness behind the wheel. After all, it has to remain fairly distributed in the world. Especially it flawless The design of the car catches the eye. Signature items for the Porsche design can actually be traced back to the German-born founder: Ferdinand Alexander Porsche. His personality and personal history play a role in this. Ferdinand was born on December 11, 1935 in neighboring Germany. The eldest of the family’s four sons Porsche the young fellow spends many hours in his grandfather’s design office and development workshops in Stuttgart. The war forces the family Porsche, including grandfather, to Austria to move to the mountain village of Zell am See. In 1943 Ferdinand goes to school there. Meanwhile, the father of the family, Ferry Porsche, starts to work on his first sports car. This eventually becomes the Porsche 356.

Porsche Design in the 1970s

After the war, the family business returned to calmer waters. Little Ferdinand is now a bit older and is completing high school. He then enrolls at a design and design school, the College of Design in Ulm. In 1958 he joined the family business as a designer. His first design job was to design a car design, which later became the Porsche 911. This makes Ferdinand the inventor and designer of this dazzling, iconic sports car. They are mainly racing cars that he designs in the sixties. In the process, he is increasingly interested in refined techniques and car materials and his sense of aesthetics in car design is also becoming increasingly refined. These skills come in very handy when designing a lightweight car, because after all, the biggest opponent for a race car is its own weight. If this is too heavy, it wastes power, time and fuel. And this can cost a driver racing the car the ultimate victory. That’s how small the differences on the racetrack are.

For the Porsche company, the beginning of the 1970s was characterized by a time of transition. The Porsche family withdraws from the family business, which in turn becomes a limited company. However, Ferdinand will remain on the supervisory board. However, the regulations do require him to give up his position as chief designer. Designs that came earlier are the Porsche 804 and the Porsche 904 Carrera GTS. The plastic (!) Body of the latter car was hailed as a ‘masterpiece of lightweight construction’. Even today, the Porsche 904 is regarded as one of the most beautiful racing cars ever. Ferdinand is now no longer working as head designer within the Porsche company, as mentioned. Yet he continues to feel the need to invent and create things. That is why he founded the company in 1972 in Stuttgart, Germany Porsche Design on. 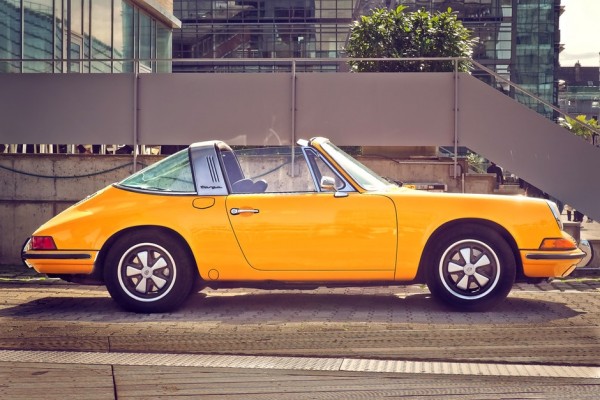 Peace, regularity and cleanliness: back to the small scale of the village and the mountains

In the mid-1980s, the car designer found the city too busy to continue to work properly and with concentration. He would like to return to the idyllic and rustic Austrian mountains and the beautiful mountain village of Zell am See. In fact, he needs nothing more than his family, his farm and the mountains to create the most beautiful designs there, in peace and quiet. He can also enjoy his small job. In addition, he finds it very important to be able to function well as a team. He finds these ‘little virtues of life’ more important than ‘just’ amassing more and more money.

Having some financial capital does, however, give him the necessary financial independence. This money enabled Ferdinand to design those products in a way that only pleased him: otherwise he simply wouldn’t start at all. After the oil crisis in the 1970s, better times followed in Europe. The ‘cool’ eighties brought many financial prosperity. Although the queue of customers from Porsche Design keeps getting bigger and bigger, Ferdinand is not willing to compromise in any area. Porsche Design does not want to think and act in large volumes and the company only wants to use high-quality materials. In addition, the company takes little account of the – sometimes high – costs of industrial production of sports cars.

Quality is of paramount importance

Porsche Design does not want to give up the prestige and quality guarantee that the brand offers – and what it is known for. Quality is paramount in the business strategy. Porsche now designs various and diverse products in Zell am See in its own way. This includes countless design classics, especially watches and glasses.

Sunglasses and the design principles of Porsche Design

Outside of watches, Porsche designed a number of other iconic products. Like their 1978 sunglasses, which were the first to offer interchangeable lenses to fashionistas, innovative ink pens, shoes, luggage and electronics. While this disparate range of products may seem somewhat arbitrary, it is not. After all, in terms of design, distinctive design principles apply to every Porsche product: functional, teutonic, and very … Porsche.

The Porsche 911 that Ferdinand designed – as one of his first jobs, of course – grew quickly after this model came on the market to the ultimate sports car annex design classic. As mentioned, Porsche Design also developed various industrial products. In addition, the design company designed household and consumer goods for internationally recognized customers. An example of this is the Porsche design for the trams for the Austrian city of Vienna. In this way, many people can enjoy driving a real ‘Porsche’.

Shoes: our everyday footwear in proverbs

Gift ideas for the hobby chef

Shoes: our everyday footwear in proverbs

Gift ideas for the hobby chef