Postcards: good teachers in all kinds of areas

Postcards: good teachers in all kinds of areas

In the digital age in which everyone is always busy with their smartphone and iPhone, fewer and fewer postcards are sent. However, you can learn a lot from postcards and the tradition of this rectangular card should never be lost. In addition to geography, postcards also help you learn about history, natural phenomena, holidays, special costumes, painting, legends, special people and much more. Post card enthusiasts can register for Postcrossing and receive postcards from all over the world.

What is a postcard?

A postcard is a rectangular card with standard dimensions: 10.5 mm x 14.8 mm. On the front you have a photo or a drawing. The card is divided in two at the back. The left side is for writing something down, on the right side you write the recipient’s address and stick the stamp. Not all postcards are rectangular. You also have square, round and real figure cards. A figure card is a card in the shape of what is depicted on the front. You have cards in the shape of a beer glass, in the shape of a Tyrolean hat, etc. Especially the Japanese figure cards are real collector’s items.

You can learn a lot from postcards

In the digital age very few postcards are sent. People quickly take a photo of where they are, put it on Facebook and share their (holiday) memory with all their friends at the same time. Nice, but a postcard teaches you so much more and is also less fleeting. Postcards can be hung up, can be kept, can be classified by theme or can be exchanged. 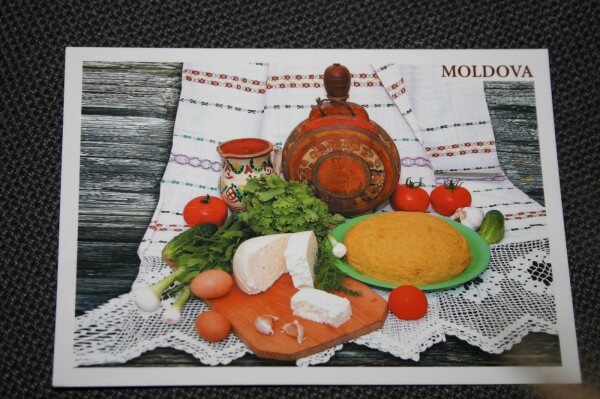 Postcards in all sizes and colors

What can a postcard teach you?

Postcards can give you a complete picture of a particular country or region. 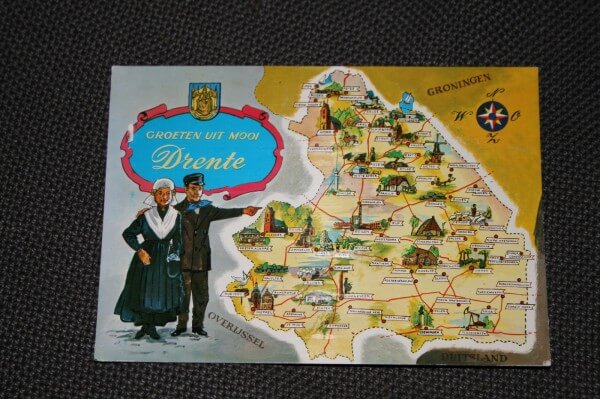 Via the so-called “mapcards” you get a good overview of a specific country or region. Mapcards are, as the name implies, postcards with a map on it. This can be from an entire country, for example from Belgium or Japan. But these postcards can also cover only one region, such as the province of East Flanders, the province of Zeeland or the Belgian coast. In America, mapcards are often made by state. In addition to the cities, roads, rivers, mountains and lakes, mapcards also contain drawings of the most important sights. At a glance you will get to know what there is to experience!

But even without getting a mapcard, you will boost your geography. Curious people are only too happy to know where that beautiful postcard comes from. Just consult the internet or look at a real map and you have learned something new. In schools it is nice to hang a large map on the wall when exchanging postcards and indicate where the postcard exactly comes from. 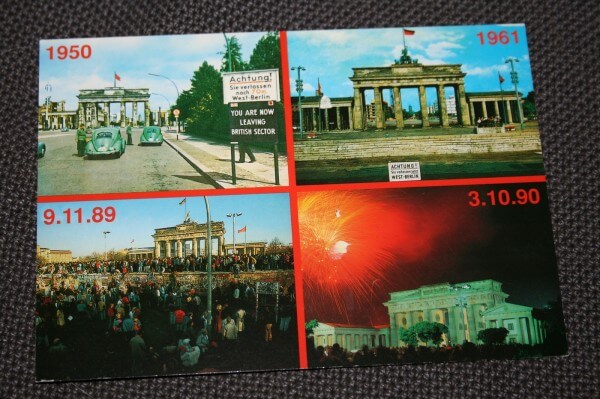 You don’t immediately think of history when you think of a postcard. And yet … You have the purely historical postcards that you usually find at swap shows and sometimes flea markets. The very old ones are black and white postcards, slightly yellowed, often with very nice handwriting. On these postcards you can learn what a city or a street used to look like. Funny to look for postcards about your own city or village and then compare what it looks like now.

On other historical postcards you learn more about old means of transport (dog carts, old bicycles, steam trains, etc.) or about certain periods in history (Romans, Middle Ages, Red Star Line, White Star Line, World Wars, etc.). Some of these old postcards are later colored and reprinted. This way you get an old postcard in a new look. Of course the original postcards are worth a lot more and some of them are real gems. In the past, there was also embroidered on postcards.

Some postcards teach you more about old professions. They depict rag-pickers with dog carts, dairy farmers, sack-sewers in the harbor, blacksmiths and hoofs, bakers with old ovens, shrimp fishermen on horseback, etc. Some professions are still practiced, others have disappeared or modernized completely.

In Germany there is a series of postcards in which cities and villages are depicted, each time with the history in a box on a piece of yellowed paper. These postcards are also very popular with some collectors. On “nostalgic” postcards you often see old posters of events such as the World Expo. 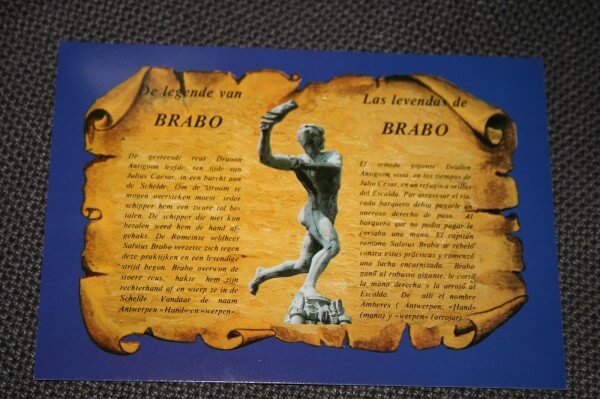 Legends
Legends and sagas are very popular and have existed almost everywhere. Every country has one or more mythical figures. This is also used eagerly on postcards. Just think of Brabo in Antwerp, Lange Wapper, Tijl Uylenspiegel (who actually comes from Germany!), Nello and Patrache from Hoboken, Snegurotchka from Russia, Gavroche in Paris, etc. If you get such a postcard, then you usually get the explanation right away. And if you don’t get it there, you can still look it up yourself. 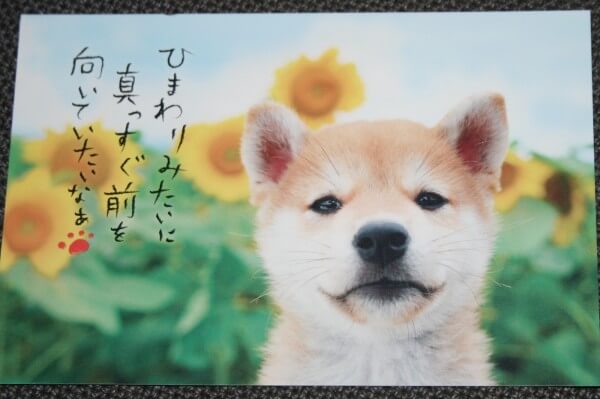 You can also learn a lot about local customs through postcards. For example, there are the beautiful samplers in the Eastern bloc countries. They are shown on many postcards. In Japan, special postcards are sent to wish friends and family a happy holiday, to ask how they feel in the warm weather. This card is called A shochumimai and is almost as important as a New Years card. You can learn through a postcard that rusk with mice is given for birth in the Netherlands.

Sometimes the postcard used to hide a secret message. These postcards are mainly used during war. For example, there are the stamp postcards. The way the stamp was affixed meant that the recipient knew what the sender meant. These secret messages were also recorded on postcards. 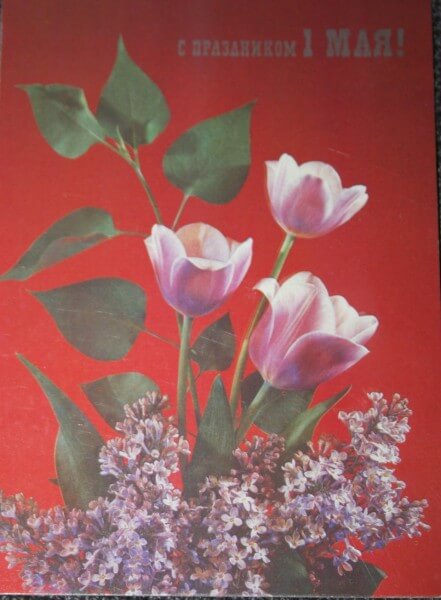 We know holidays such as Christmas, Halloween, Sinterklaas and Easter. We have the traditional greeting cards for it, but more and more you also see cards for the holidays in postcard format. You can then send it to introduce people from other countries to our holidays. Other days are celebrated in other countries. There are holidays that we do not have, such as Jewish and Indian holidays. Sometimes postcards are also made in other countries for holidays that we don’t have one for. For example, in socialist countries (Poland, Russia, etc.) there are special postcards for May 1, Labor Day. In France there are postcards for April 1. Nice to learn a bit more about another country in this way.

In every country, and sometimes in certain regions of a country, there is a national costume or special costume. Think of the many German costumes, the Greek costumes, the costumes from Brittany, etc. You can also find this on postcards. In Spain you have special postcards with traditional costume and embroidered details. 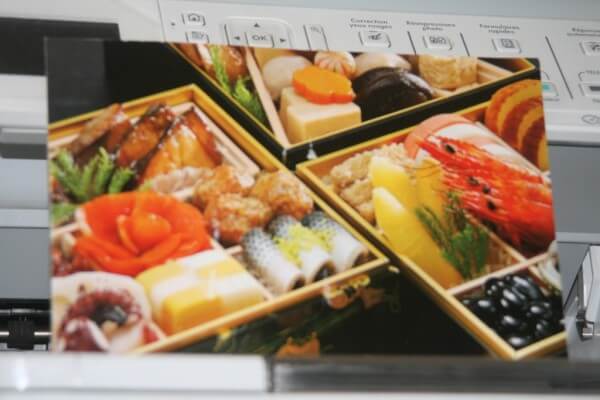 For many people, food is very important. Local dishes are photographed and also end up on postcards. Often with the complete recipe. In this way you will also learn about other countries. From Japan you will receive postcards with very elaborate sushi dishes, Indian rice tables from India, and recipes with manioc from Africa. Closer by, you often get to know nice desserts based on blueberries, for example. You can try them out right away with the accompanying recipes. There are also collectors for these cards. They collect recipes from a specific country (eg India) or a certain type of dishes around the world (eg recipes with rice, only desserts, bread recipes, etc.) 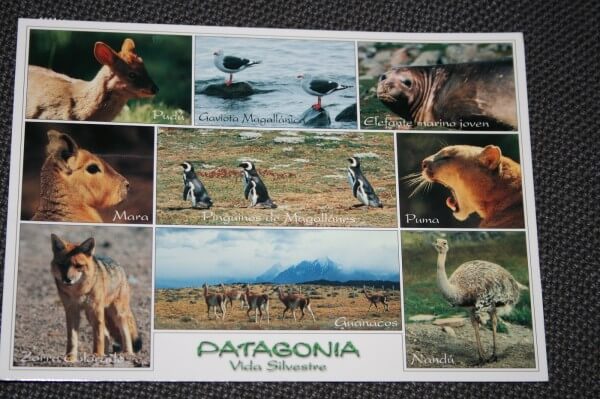 Another aspect of nature is the fauna and flora of a country or region. You have postcards where everything is mixed up, animals, flowers and trees. But you also have thematic postcards. Postcards with only the flowers from a certain region, or only the animals, or only the trees, etc. Or thematic per region, you have those too. For example the fauna and flora in the high mountains, near a certain lake, etc. You also have postcards with only one animal. Sometimes that animal is the emblem of a country or region. The kiwi in New Zealand and the kangaroo in Australia are just a few examples. Sometimes the animal is long extinct (the dodo from Mauritius, for example).

Fairytale characters are often on postcards. There is of course the world famous mermaid of Copenhagen, the four Bremen town musicians in … yes, Bremen and much more. They also immediately give you a look at the (youth) literature of a country. 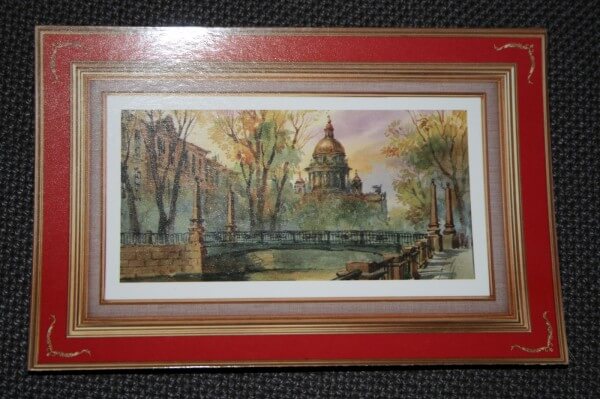 The same goes for the painting and sculpture of a country. Postcards often include paintings by famous painters and sculptures by famous sculptors. They give you a different view of the life and work of that person, but often also of certain buildings and monuments in a certain region that may even have disappeared long ago.

They are not exactly the favorite kind of postcard collectors, but they are also quite funny and can also teach you something about a country: the AD postcards. These are free postcards that you can take with you to the cinema, to exhibitions, etc. Sometimes there are movie posters or advertising for an exhibition. These postcards can also teach you something about the culture of a country.

Other postcards introduce you to songs from a specific country or region. The national anthem, for example, but also drinking songs or children’s songs. Always nice if you master the language or when learning a foreign language. Some of these old songs also reflect how it used to be.

Many monuments, customs and natural landscapes have been classified as UNESCO World Heritage. There are certainly collectors for these types of postcards. The fact is that it is not always stated that it is something from the World Heritage List.

How do you get postcards from all over the world? And how do you get a little explanation about what is on the postcard? Well, there is a very handy organization that makes it possible to get and send postcards from all over the world. This organization is called Postcrossing and can be found at https://www.postcrossing.com/ A simple and fun way to learn more about the world from postcards!

Set up and start up a shrimp aquarium

Set up and start up a shrimp aquarium