The exotic, or exotic shorthair, is a cat that first gained official status in the United States. The cat is also called short-haired press and although that is now also the case, the basis was initially laid differently. This beautiful, somewhat stocky short-haired cat has taken a long time to become really popular. Since the early 21st century, you have seen the cat appear in all shades of color. What kind of cat is it exactly?

The exotic is not, as is sometimes thought, a cat that was created by accident. It’s not an accidental mutation of the original long-haired press. This cat originated in the United States in the mid-1960s. The existing American Shorthair was very similar to the common domestic cat. Furthermore, they wanted to have the cat a bit more solid in bone construction. The Persian cat was used for interbreeding with the American Shorthair. Despite these crossings, the cat they had in mind was not created. The American Shorthair started to look more like a press with the only exception that she had short hair, which was not intended.

What then happened to these cats is that the umbrella organization CFA was asked to make a separate breed of this and to be allowed to breed it as such. The name ?? Exotic shorthair ?? was given to it in 1966. That’s actually the official starting point for this cat as we know it today. Pressing was more common than short-haired cats and this resulted in a cat that looks much the same as the long-haired press, but with a short-haired coat.

Because the shaded silvers were once started, most copies of this color were around. Soon the process was also used to breed the classic colors such as blue, black, cream, red or white. Then followed the pattern combinations, such as tabby and color point.

Its characteristics are similar to those of the long-haired press in several respects. In some ways, this cat is slightly different, but it is usually just a nuance. 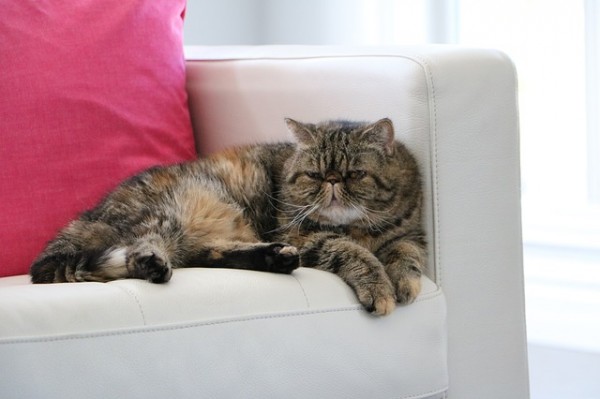 The appearance of the exotic is, as indicated, identical to that of the press with the exception of the coat length. Which means:

This somewhat modest cat has a calm and sweet character. She is loyal, gentle, affectionate and likes to be petted. She does not impose herself and that makes the cat very easy to deal with. If this cat wants something, she will just meow softly.

This cat gets along great with other cats, dogs and small children. She has hardly any urge to territorial and is more than fine in a family.

Maintenance of the exotic

With a short-haired cat, it is not directly expected, but the coat of this cat should be brushed regularly. Especially when she is in the moulting period, but also throughout the year it is good to brush the cat regularly. It makes sense to get started with this from an early age. Then the cat learns that it is very normal and you will have little trouble brushing the cat. For small knots that can develop in the thick coat, you can use a comb, but put your fingers against the skin to avoid painfully pulling the coat and skin.

The short stop allows the cat to produce more than average tear fluid. The tear ducts may be slightly deformed. In that case it is good to regularly remove the tear fluid with a little disinfected water on a cotton ball. This way you prevent the moisture from running down the nose. Older moisture also gives a deep color and can give off an unwanted odor. 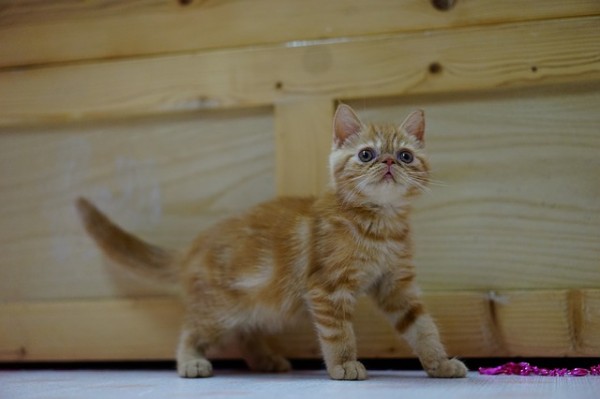 This well-bred cat is generally a healthy cat with few genetic abnormalities. There is one that sometimes arises and that is the so-called cyst kidneys. The cat can then die due to kidney failure. They try to prevent this genetic abnormality through good breeding programs.

Furthermore, by breeding it too far (to get a head that is as flat as possible), the cat can also have a too large stop. In that case, the tear ducts are malformed, eye infections can develop and the teeth do not close properly. They are trying to curb this, but it still occurs and the question is whether it will ever be completely resolved.

The exotic is a calm and gentle cat that is easy to keep. Both a family, and otherwise cats or dogs, the exotic gets along well. As long as it is not a well-bred cat, you can enjoy this sweet cat for a long time.