The Tonkinese is a purebred cat that is sometimes an extension of the Siamese, even ?? the golden siamese ?? is called. Although related, the Tonkinese is a very different cat. This moderately popular cat is not only beautiful but also very sweet with its pointed pattern, which makes the cat an extremely suitable pet. What exactly is the Tonkinese cat and what makes it so suitable for the home?

The Tonkinese is an oriental cat and a very elegant specimen. It is originally a cross between a Siamese cat and a Burmese cat. These cats were bred in England around 1800 under the name “chocolate siamese”. The cat owes its name to the geographical area (Tonka Island), or at least that has long been the idea behind it. In English, it became Tonkinese, and under that name the breed has been recognized by several associations in the United States. This took place around 1930 and because the breed was first recognized in the United States, the Tonkinese is officially a cat from the United States.

The character of this purebred cat can be called soft. It is a fun, smart, playful and above all likeable cat. She has the curiosity of a Siamese and the affection of the Burmese. It is a real mix between Burmese and Siamese. Furthermore, the volume of the voice is slightly less intense than that of the much-talking Siamese. 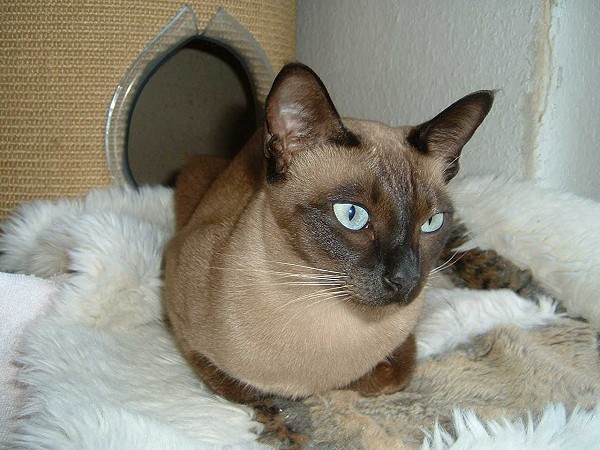 The cat is affectionate and looks for a kind of companion in the owner. Ignoring the cat when it is not convenient is not appreciated by the Tonkinese. An emphatic meow can be the result. But a companion in the form of another cat is also appreciated. After all, the Tonkinese is not shy of people. Although she will not immediately approach a visitor, an approach by a visitor will not be ignored. Attention is always nice for this cat.

The coat of this medium-sized cat (in size and build) is short in length and relatively easy to maintain. A healthy cat with both long and short hair always has a soft shine over the coat. This also applies to the Tonkinese. The Tonkinese can even experience a brushing every now and then as very pleasant. The weight of the cat is between 2.5 and 5.5 kilograms.

The coat of the Tonkinese is officially available in four colors, namely:

The variety of patterns in the coat are as follows:

The more solid colored cats (solids) have gold colored or blue / green eyes. The real points * almost always have really blue eyes or aquamarine. You see the latter especially in the mink variety.

* Points means a certain ‘drawing’ of the coat. Officially the name of the coat is ‘colourpoint’. This means that the face, ears, legs and tail have a darker color than the rest of the coat. This can be done in various color combinations and usually only becomes visible a few weeks after birth. 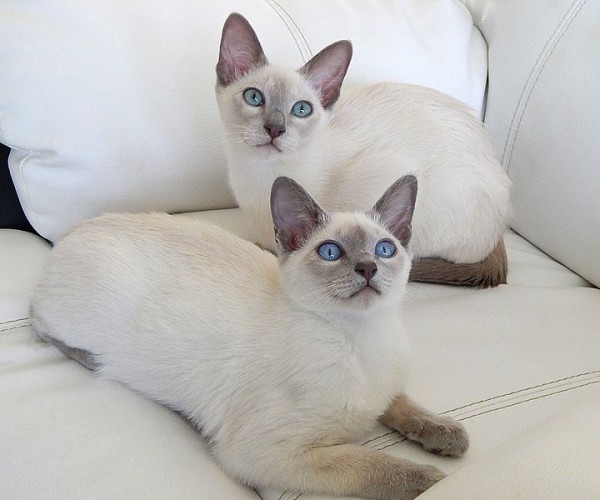 Buy a purebred cat, why the Tonkinese?

If you want to buy a purebred cat in general, you can also check the animal shelter in the region. More and more purebred cats can also be found in the shelters. In an adult cat they can often say something about the character and what does and does not fit. Think of being alone, but also how playful a cat is and how the cat can get along with children and other pets. That can have its advantages.

If you absolutely want a kitten, the chance that they can be found in the shelter will decrease. In that case it is wise to contact an official breeder (affiliated with a breed club). In addition to being able to tell you all about the breed, you’re more likely to be dealing with an animal lover who will take good care of the animals and raise them properly until the kittens are allowed to leave. But also works with an official contract, about which and knows certain matters are recorded. All in all, the best chance of a good start for the young cat you want to bring into your home.

If you are looking for a Tonkinese, then you either have experience with it or you have read about it and you like the breed. It goes without saying that in terms of choice you take both the outside and the inside with you. The Tonkinese, especially if there is no second cat, will die on its own. If you want a tonkinese, you have to like it playful and affectionate. That is what the cat is known for, it cannot be ignored. Furthermore, he is a moderate ?? talker ?? and whoever likes the tonkinese will like this too. If you have a family with younger children, the Tonkinese will also fit in perfectly.

The Tonkinese is a fun, lively cat with a pronounced points coat or a more natural looking coat (where the colors blend together). A real companion for large and small. A nice cat that fits in many homes. Possibly unknown makes unloved in this breed.

Leash cat: use of a leash and harness in cats

Tips for cooling your dog in warm weather

Tips for cooling your dog in warm weather