Simonszand – sandbank between Schiermonnikoog and Borkum

Simonszand – sandbank between Schiermonnikoog and Borkum

Simonszand is an uninhabited sandbar in the tidal inlet between the Dutch Wadden Island Schiermonnikoog and the German Wadden Island Borkum. It lies between the eastern end of Schier and Rottumerplaat. The island is very subject to change and Simonszand shows how dynamic the Wadden area is. The sandbar is located where centuries ago the island of Bosch was, which disappeared into the waves in the All Saints’ Flood of 1570. In 2012 Simonszand split into two parts and in the 21st century this sandbank is also in danger of disappearing.

Sandbar between the Wadden Islands Schiermonnikoog and Borkum 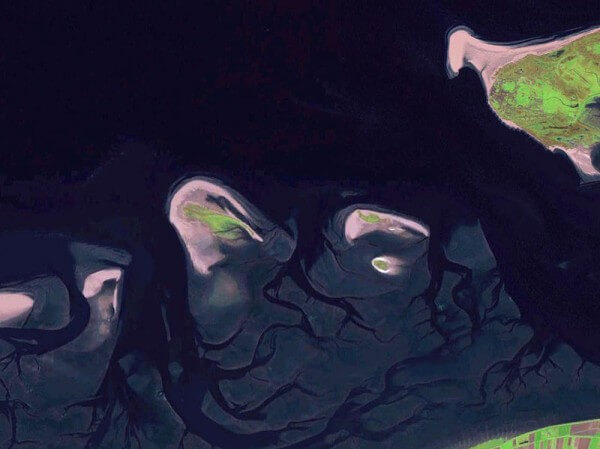 Sandbar with helmet and colostrum grass

Simonszand is a sandbank between two channels. The Eilanderbalg channel is located on the west side and the Spruit on the east side. In 2005 NASA took a nice satellite photo of Simonszand and the plates Rottumerplaat and Zuiderduin, but a fierce storm in March 2012 has changed that image somewhat. The Eilanderbalg shifted its current and ensured that Simonszand was split in two and connected with Spruit. Before 2012, dunes started to form on the plate, but after the storm they have almost disappeared. At high tide, the plate is about 84 hectares, but its size decreases. There are fears for the continued existence of Simonszand. All that grows is some helmet and colostrum grass.

Simonszand is a popular place for seals. The plate is especially popular with harbor seals, although gray seals also come. They come there to rest, to give birth and to nurse their young. Seal counters count on some days between 300 and 500 animals, which are mainly on the west side of the plate, the side that faces Schiermonnikoog. The storm of 2012 and the rupture of the island made the plate more attractive to seals. Since then there are many more than before.

The plate is also important for birds. It is a high tide refuge (hvp). At high tide, the birds come to the sand to forage and wait until the water has become low and the area where they can find food has expanded considerably. The birds no longer breed there, since the plate has become smaller and the dunes have disappeared.
The birds that Simonszand use as HPL are: 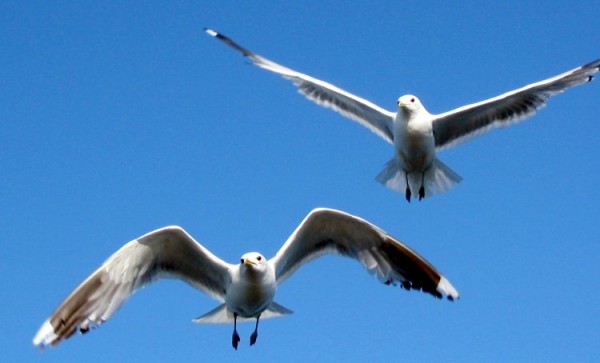 Simonszand was inhabited for a while by a student from Wageningen Agricultural College. Arie Brader moved into a drowning house on stilts and spent six weeks in 1973 at what he ?? Simonsland ?? called. The student researched seals. Brader became the number one in the newspapers Robinson Crusoe from Simonsland mentioned.

Simonszand is located approximately where the former Wadden island of Bosch was located. It disappeared in the 16th century during the All Saints’ Flood of 1570. The storm flood completely wiped out the island. Bosch is still mentioned on nautical charts from the Middle Ages and even in the early 18th century there is still an indication of Bosch on the chart, but after that it is gone. Archaeologists occasionally look for remains of Bosch on Simonszand: the island was where Simonszand is now located.

Management of the area

The uninhabited island and the water around it is managed by Rijkswaterstaat and Waddenunit with the Ms Harder.
IMARES, the research institute that conducts research into marine ecosystems, counts seals there and SOVON, a non-profit organization that researches birds in the Netherlands, counts the birds with volunteers.

Simonszand is a Natura 2000 area and part of the Wadden Sea World Heritage Site. The plate falls under the Nature Conservation Act article 20 and is protected. It is an important area for seals and birds and that is why the plate may be entered sparingly. The east side of the sandbar is permanently closed to the public. The west side is off limits between May 15 and September 1. That is the period when harbor seals give birth and suckle their young there. The plate is also closed during high water. No one (except researchers and people with a counting order from SOVON or IMARES) is allowed to enter the plate from three hours before and three hours after high water. During those hours Simonszand is a high tide refuge for the birds.

Simonszand can be seen from the eastern tip of Schiermonnikoog. Special covered wagon trips are organized on the Wadden Island to spot seals on the plate in the hole. From the Frisian and Groningen coast and from the Wadden Islands, various companies offer mudflat trips that also visit Simonszand. Individuals can come there with their boat, sailing yacht or kayak. They are expected to observe the Code of Honor for Wadvaarders. This code means that the environment is treated with respect, that nothing is disturbed and destroyed and that no rubbish is left behind.

Various mudflat walking tours are organized from Groningen and Friesland. One of the trips on the program was to Simonszand. It was a popular trip because the plate always shows seals. Due to the storm of 2012, the situation has changed and the tidal wave over which the mudflats walked to Simonszand was lost. The plate was already difficult to reach and since 2012 it is even more difficult to reach for mudflats. The mudflat walks to Simonszand have always been described as tough trips. They were walked from Kleine Huisjes, among other places, with a return trip to Lauwersoog by boat. It was a four hour walk to the plate, a trip of 12 kilometers. The mudflat walking centers no longer run the tours, until the situation in the mudflats changes so that it is possible again.

A fresh start to the new school year

The cat as a pet. A piece of history

The cat as a pet. A piece of history