The Capital, novel about Europe by Robert Menasse

The Capital, novel about Europe by Robert Menasse

Can you make a novel about the European Union interesting? A true storyteller like the Austrian author Robert Menasse can do it. The capital is populated by cynical Eurocrats struggling through their lives from Brussels. A police inspector with shaky health has to solve a murder. And above all, there is a pig wandering the streets of the Belgian capital. Watch this pig! It’s popping up all over the streets. While Europe struggles from one crisis to another, Brussels is looking for a name for the creature. The fact that Menasse lived in a flat in Brussels for four and a half years for this book says a lot about his passion. It did him no harm. The capital was awarded the Deutscher Buchpreis.

The main features of the book are summarized. 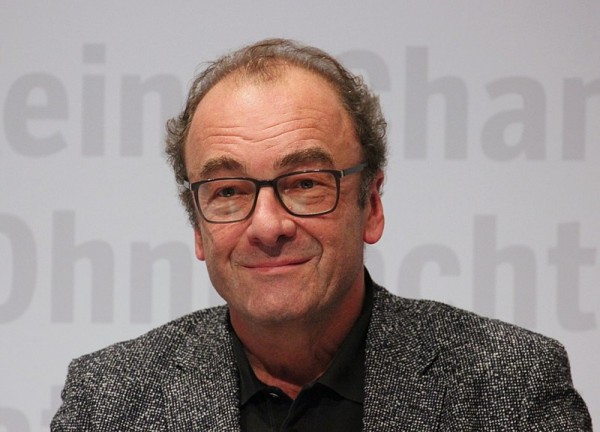 The Austrian writer was born on June 21, 1954 in Vienna. He studied German, philosophy and political science. In 1973 he published Nagelbijten, his first short story in the magazine Neue Wege. Robert Menasse’s oeuvre consists mainly of fiction that appears in the form of novels, short stories and essays. The author mostly deals with cultural and political topics. Much of his work has been translated into Dutch, English, French, Spanish, Italian and even Polish and Russian. Menasse has already won several German and Austrian literature prizes with his publications.

A pig in the streets of Brussels

The capital opens with a scene that you could describe as absurd. A roaming pig walks through the streets of Brussels. The writer introduces us to the characters as they bump into this pig. Later in the novel, this pig will return at regular intervals as a kind of thread. It may be hilarious to have a pig run through the European capital, but it is no accidental choice by Menasse to choose this animal. The author has Austrian pig farmers lobby extensively for trade with China. Robert Menasse uses the pig to describe the complexity of Europe. The Agriculture Department takes care of the beast when it is in a stable somewhere. However, when loaded on a truck, it falls under the trade department.

The maze of the European institutions

There is no shortage of cynical MEPs in the capital. The Greek Cypriot Fenia Xenopoulou dreams of a rich career in the European institutions and feels disadvantaged because she has taken on a leading position in the small department of culture. Culture, which in the corridors of the European institutions is rather scornfully called The Ark. Martin Susman, Austrian scion of pig farmers and working as an official at Culture, cycles to work with his Czech colleague Bohumil Szmekal every morning. Grace Atkinson is chief communications officer. This British comes up with the Big Jubilee Project, which should highlight the fiftieth anniversary of Europe. She realizes all too well that its organization will entail a lot of tug-of-war and that the performer is in danger of ending up in a hornet’s nest. Grace is happy to pass this hot potato on to Culture. It could all be very heavy, but Menasse knows how to give it an almost crazy undertone. As a reader you sometimes laugh, although at the same time you realize that there is really nothing to laugh about.

National interests against the overarching Europe

Susman is given the un-honorable task of working out this Big Jubilee Project. He came up with the idea of ​​highlighting Auschwitz as a symbol for Europe. Initially welcomed with enthusiasm, the project is professionally scuttled by member states pursuing their own interests. It is no coincidence that Menasse has an Italian son of a noble family from the Mussolini era mercilessly torpedoing the project. Working at the Council of Europe, he can quietly pull the strings as an advocate for the member states. It is clear that Menasse cherishes Europe. At the same time he is a great critic. It becomes bitter when it turns out that no European institution seems to keep track of how many survivors there are of the Auschwitz concentration camp. As a reader, you stand up straight when posts seem more important than good governance. It is painful yet recognizable.

Menasse never misses an opportunity in this novel to denounce the emerging nationalism. The idea No more Auschwitz that led to European unification is an important part of the capital. Although the novel reads smoothly and as a reader you are more than happy to rush through the book, you can taste the bitterness that the writer clearly shares. The powerlessness and melancholy radiate from the characters. Nationalism is emerging everywhere. Martin Susman hits a wall with the Big Jubilee project. His brother, a prominent pig farmer and leader of the pig lobby, loses the position of chairman to a Hungarian nationalist. Bohumil, Martin Susman’s Czech colleague, does not want to attend the wedding of his sister who marries a Czech politician of extreme right-wing leanings.

Not everyone is a civil servant in the capital. The Brussels police officer Brunfaut has a murder to solve that must be covered up from above. This fact ensures that the law enforcement bites the case like a pit bull. During the war his grandfather fought not only for the liberation of Belgium, but for the freedom of all of Europe. The murder was committed by a religious Polish hitman who finds out that he has killed the wrong victim in a Brussels hotel. Alois Erhart, a retired Austrian professor, is invited to attend the meetings of a think tank to determine the course Europe should take. At the meetings in Brussels, the elderly man feels anything but at home among the intellectuals who, according to him, have completely lost sight of the foundations on which Europe is built. His plea to make Auschwitz the capital of Europe is met with much disbelief. And of course there is our little pig.

A spicy detail is that the attacks on the national airport of Zaventem and the metro station Maalbeek took place in March 2016 while Robert Menasse was working on his novel about Europe. The writer therefore incorporates Maelbeek a few times in The capital. This fictional novel may have a single storyline that takes something too far, but the fact remains that Menasseh’s enthusiasm remains. Moreover, the characters are people of flesh and blood who encountered a lot on their life path. Despite the hefty dose of humor, The Capital is a novel that makes you think. The tangle that Europe is must ask itself where it wants to go and what it can mean. At the same time, every European may also ask himself whether extensive autonomy and the accompanying fragmentation leads to the prosperity and prosperity that some regional leaders portray to him. Perhaps the capital will initiate this exercise in some readers.

Healthy food for the free-range chicken

Spinach With Pasta: A delicious combination

Spinach With Pasta: A delicious combination

7x a healthy evening meal for 1 ?? per person per day!

7x a healthy evening meal for 1 ?? per person per day!