The colors in the animal world

The colors in the animal world

In nature we often see dark, unobtrusive colors such as gray or brown. However, there are also animals that stand out enormously with, for example, a brightly colored plumage. The colors of animals are not just there because they look beautiful, a large part of the colors has to do with communication between different animal species. 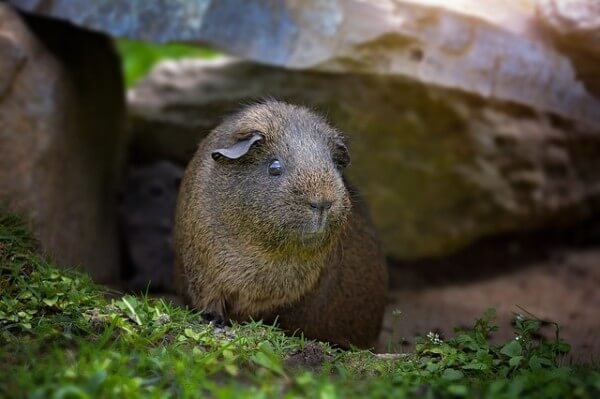 A guinea pig in the color agouti / Source: Pezibear, Pixabay

The most common colors in nature are the natural tones. Brown, black and gray, for example, are often seen. In rodents, the color agouti (also called wild color) is seen. The first part of a hair is gray, turns into brown and ends in black. Because of these colors, the animals are hardly noticeable in nature. It is a good protective color in most cases as the soil, trees, mountains and sand are also close to the most common colors.

Tropical birds and fish often have beautiful bright colors. They are very striking, which in the animal world with predators does not seem ideal, but does have a function. The deeper in the sea, the darker the environment becomes. Most brightly colored fish you will therefore not find deeper than 20 meters in the water. One reason for the bright color is that there are many more species and birds and fish in the tropical areas. This allows birds and fish to recognize their peers in a large area.

Another reason is that the animals want to stand out. Especially in birds, the male species often have bright colors. These bright colors allow the male to stand out to the females. The males sometimes also do something extra to seduce the females. For example, the large frigate bird inflates a red bag on the chest and the satin bowerbird may not have a bright color, but collects as many bright things as possible such as petals to make a nice collection for a female. 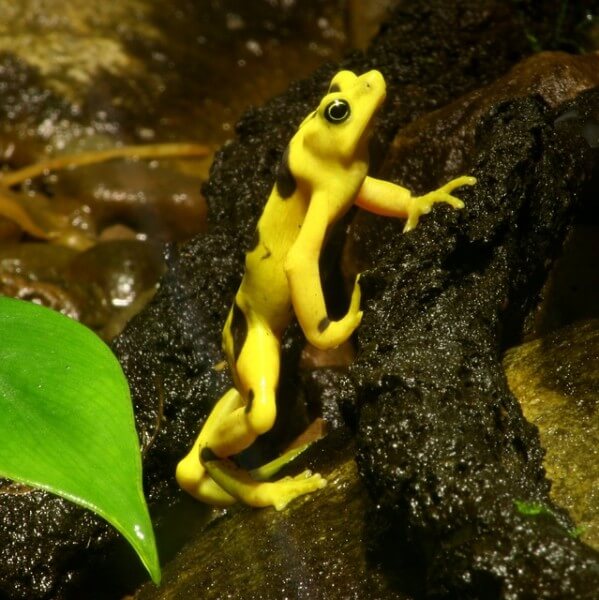 A final function of the bright colors is to warn. For example, many poisonous frogs have a bright color. This actually warned other animals that they should not eat the frog. So a frog stands out because of its color, but a predator will not easily catch a fierce frog.

Some animals can change color to blend in with their environment. One of the best-known coloring animals is the chameleon. Animals that can change color always have a basic color. The chameleons that mainly live in trees have a green color, the chameleons that live more on the ground have a brownish color. Furthermore, the color does not really adapt to the environment, but it is more a way of communicating. The colors of the chameleon will change during illness, temperature change, during the mating period, during the gestation period, during stress and, among other things, aggression. 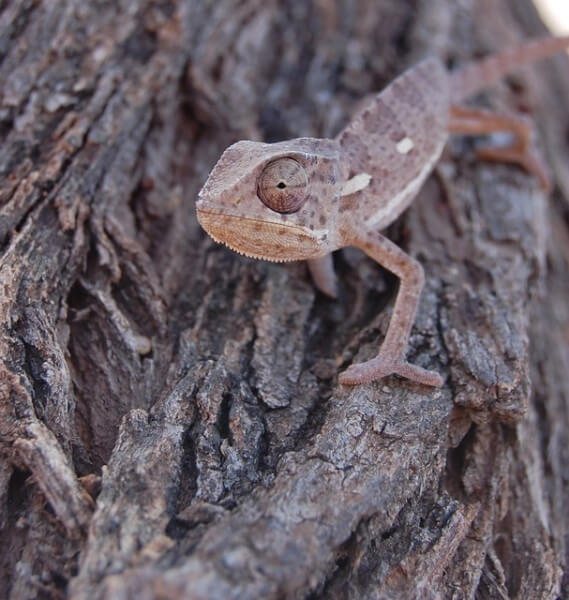 In the water, it is plaice, squid and cuttlefish that change their colors. Even the crocodile can change. The crocodile doesn’t really change color, but it does change in how dark the scales are. A crocodile catches more sun with dark scales. To catch more or less sun, the color of their scales can become lighter or darker.

Then there are the animals that take on a completely different color in summer than in winter. After moulting, many animals will have a slightly different color, but the arctic fox, ermine and arctic hare really stand out. These animals all have a very white coat in the winter and in the summer they exchange their white suit for a brownish color. 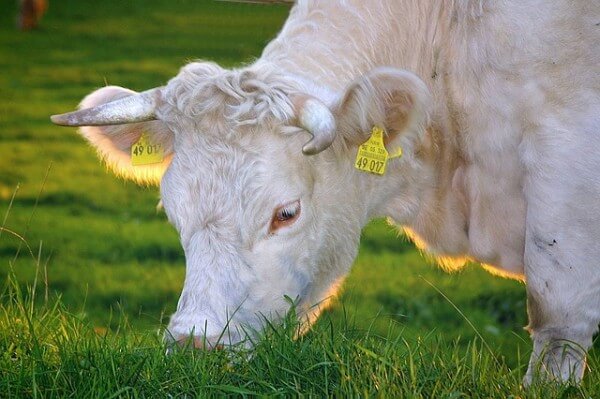 An albino cow can be recognized by its white coat and red eyes / Source: ADD, Pixabay

Albinism occurs in both humans and animals. This deviation can occur in any animal species, but in some animals, such as the rabbit, it is seen more often. Albinism is an abnormality in which an animal has little or no pigment. As a result, the animal is white and has red eyes. The red eyes are actually because the eyes have no color so that the blood of the retina is visible. The sight of an albino is therefore often poor. In addition, albinos burn quickly and the animals are easy prey due to their striking white color. Albinos are therefore not seen very often because the chance of survival is not that great.

The opposite of albinism is melanism. An animal has too much pigment here. The animals are usually completely black. However, the black color in nature also has its advantages. For example, black-skinned lizards can absorb much more sun. If a species benefits greatly, it can happen that a subspecies of an animal develops after a while. This has been the case with the pepper and salt butterfly, among other things. These butterflies used to be mainly white, but their habitat was in an industrial estate, which turned the white birches into soot-infested trees. The white butterflies were now very striking in the area. Spontaneous gene mutation resulted in butterflies with melanism. Because the dark butterfly had a greater chance of survival, less and less white butterflies eventually remained.

Guinea pig care: what should you do?