The life of the different animals in Antarctica

The life of the different animals in Antarctica

In general, Antarctica (the South Pole) has different animal species than the North Pole. In addition, there are differences in the weather conditions. The amount of wind that occurs in Antarctica, for example, cannot be compared with the average wind force at the North Pole. The animals that live here have adapted themselves to the cold in various ways in order to survive. Sometimes a complicated collaboration plays a role in this.

The difference between the North and South Pole

The South Pole (Antarctica) consists of a large part of the mainland. This cannot be seen everywhere because the continent contains a large amount of snow and ice. However, the North Pole consists entirely of ice. Antarctica also contains animal species other than the Arctic.

The continent is known for its extreme temperatures. It is even colder at the South Pole than at the North Pole. In addition, it is drier here than in other areas on earth and a strong storm rages regularly. Due to these harsh weather conditions, the South Pole is inhabited by only a few scientists. Expeditions to this area can be very dangerous. Despite the extreme climate, the animals in Antarctica have found different ways to defy the weather.

The mammals that live in Antarctica have developed fur that keeps them warm. Without this fur, the animals would not have enough energy to keep themselves warm and die. Because this coat is so warm, seals were often clubbed to death in the past. The skins were then used, among other things, as a fur coat. Since 1982 it has been forbidden to import seal skin to Europe.

In addition, a lot of these animal species have a fat layer. They can only replenish this fat layer by getting enough food. Often the different animals live in colonies to keep each other warm and to provide themselves with sufficient food. Usually it is mammals that display this behavior. 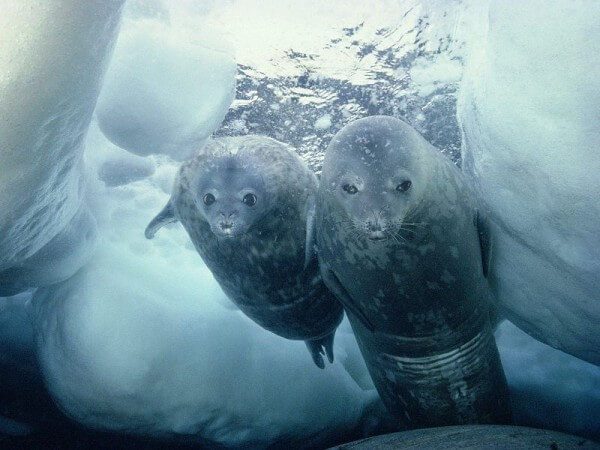 Mammals that live in Antarctica

More than 20 mammal species live on this huge continent. These are all mammals that live in the water. There are a large number of whales and seals that can withstand the extreme temperatures. Some of these seals have their offspring while on the ice.

Other species such as the southern elephant seal and antarctic fur seal first ensure that they end up on a fixed island. These islands are located in the sub-Antarctic region around the continent of Antarctica. It is often thought that polar bears also occur in Antarctica. However, these mammals are only found in the Arctic. The largest mammals in the South Pole are orcas.

Orcas can reach a length of about 9 meters and weigh up to six tons. There are a large number of orcas around Antarctica. Researchers think that about 25,000 orcas swim here. However, the species is threatened by pollution, noise pollution and fishermen. They live in troops of up to 90 different individuals. Researchers can identify an individual by its color pattern.

This large dolphin species is a carnivore that preys on seals and penguins. In addition, he sometimes even attacks sharks or other whale species. The mammals work together effectively to catch their food. Sometimes the animals tip over an ice floe with seals, so that the seals end up with other orcas. Orcas are also fast enough to catch birds on the surface of the water. 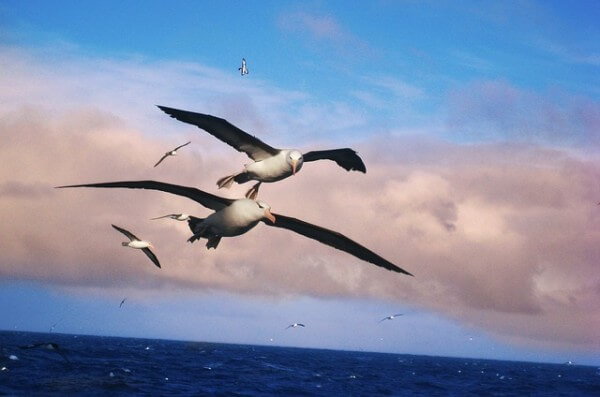 There are no fewer than 45 bird species in Antarctica. Some of these bird species are considered “endemic” by some researchers. This means that the animal species can only be found in one place in the world. However, there is no clear dividing line for when an animal species is endemic. In addition, the birds sometimes come to places outside their territory.

The albatross is a clear example of a bird that travels enormous distances. This bird can easily fly hundreds of miles a day. There are a total of six different albatross species living here. Some specimens can reach a wingspan of about 3 meters. The most famous Antarctic bird species is a bird that cannot fly; the penguin. 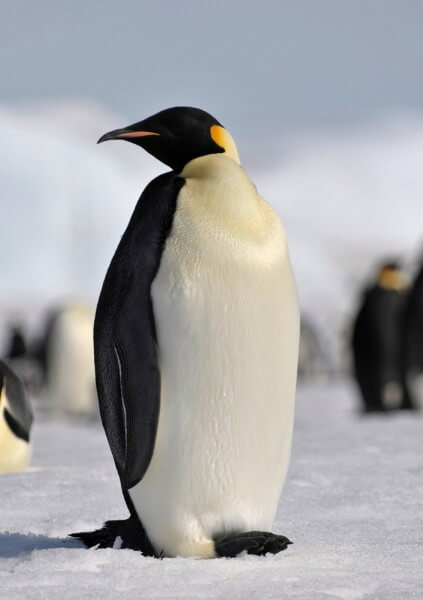 The penguin is common in Antarctica. They live here in huge colonies that produce a high volume. The young whose fur is not yet fully developed are kept warm within the colony. In addition, they are protected by the colony against all kinds of birds of prey. The animals are known for the big jumps they make when they come out of the water.

The Emperor Penguin is the largest of all penguin species. The king penguin is slightly smaller and has brighter colors than the emperor penguin. Penguins largely hunt for all kinds of lobsters, fish and crabs. Sometimes they eat an enormous amount of food so that they do not need food for months. They do this in order to be able to incubate the eggs alternately and to take care of the youngsters.

Prepare gingerbread nuts yourself, with and without gluten

Prepare gingerbread nuts yourself, with and without gluten