The Rif sandbank between Ameland and Schiermonnikoog

The Rif sandbank between Ameland and Schiermonnikoog

The Rif is located exactly between Ameland and Schiermonnikoog. It lies to the east of De Ho ?? n, the easternmost tail of Ameland and to the west of the head of Schiermonnikoog. The Rif is part of the Wadden Sea World Heritage and the sandbank is of great importance for various vulnerable bird species and seals. People have never lived there. During the Second World War, a batch of ammunition was dumped that drivers regularly worry about. The stuff is still there and Rijkswaterstaat is keeping a close eye on it.

The sandbank between Ameland and Schiermonnikoog

The Rif is a sandbank between Ameland and Schiermonnikoog. It is located in the Wadden Sea and is uninhabited and never inhabited. The sandbank does not belong to Schier or Ameland, but is part of the municipality of Dongeradeel. It is located north of the Engelsmanplaat, also a high but uninhabited sandy plain in the Wadden Sea. The Rif is a barrier between the North Sea and the Wadden Sea and acts as a breakwater for the waves coming from the North Sea. It thus also protects the Engelsman record. Actually, the Rif has grown to the Westerstrand of Schiermonnikoog. The name Westerstrand has disappeared and is now called the Rif.

Engelsmanplaat and Rif form one system in the basin of the Wadden Sea. It lies in the gap between the two Wadden Islands and on either side of Rif and Engelsmanplaat, the ebb and flood current chases alongside daily. The reef and Engelsmanplaat are separated by a channel Filthy hole is called. The plates are expected to grow together in the future.

Facts and figures of the Rif

Pioneer vegetation is growing on the Rif. Colostrum grass is one of the first plants to establish itself on such a sandbank. It also grows on the Rif. More plants, such as sea rocket and sea purslane, grow in the embryonic dunes and the dunes themselves also grow because the plants retain sand.
The following plants take root on the Rif:

The dunes and vegetation provide a good breeding ground for wading birds. The common tern, arctic tern and little tern nest here in spring and summer. In the breeding season, from May to August, the Rif is off limits for ships, canoeists and mudflats. In addition, the Rif is prohibited all year round between three hours before and three hours after high tide, because it is a high-tide refuge (hvp).

Birds on the Reef

Thousands of birds visit the Rif as a hvp: the birds go there when the water is high. Due to its height, the Rif is also dry.
The following birds occur on the reef: 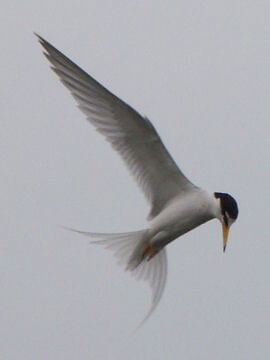 The seals also love the reef and are there all year round. They rest on the plate and give birth there. There are mainly harbor seals, but a gray one also wants to rest there from time to time. In the annual counts that are held, 730 seals were counted on the Rif at a time in 2015. That is one tenth of the seal population in the Dutch part of the Wadden Sea. It indicates the importance of the Rif.

The Rif was created after the Lauwerszee was closed in 1969 and became Lauwersmeer. Due to the closure, the currents have changed and water flows less quickly in and out of the channel between the islands of Ameland and Schiermonnikoog. Shrimp cutters complain about the passage that is becoming increasingly difficult to pass. Shrimps are caught above the islands and the cutters sail between Ameland and Schiermonnikoog to Lauwersoog to unload their catch.

The Rif is a dynamic area that is subject to enormous change under the influence of wind, sun and sea. Since 1970 the sandbar has gradually become higher and wider. In the late 1990s it was nothing more than a drifting plain without any vegetation. The first plants took root in 2004 and more and more have been growing ever since. Samphire was the pioneer, followed by colostrum grass.

The Rif has become a dump of ammunition, live ammunition. After the Second World War, German war equipment was dumped from the bunkers of Schiermonnikoog on the Rif. Over the years, a layer of sand has been washed over it and the ammunition has subsided. Administrators of neighboring municipalities are concerned about the 500 tons of sharp grenades. The grenades can rust through, after which the poison ends up in the Wadden Sea and North Sea water. After concerns and fuss in 2013, Rijkswaterstaat is keeping a close eye on coverage.

The Ms. Krukel van de Waddenunit is responsible for the daily management. The Waddenunit works together with Staatsbosbeheer and Telgroep Engelsmanplaat. Rijkswaterstaat manages the water and soil in the area. Article 20 of the Nature Conservation Act and therefore access is very limited. The Rif is also a Natura 2000 area and belongs to the UNESCO World Heritage Wadden Sea.

View the Rif via a boat trip from one of the islands to the Engelsmanplaat. Seal tours and mudflat tours are offered from the Wadden Islands. The Rif can be seen from the Engelsmanplaat. From Ameland and Schiermonnikoog you can catch a glimpse of the plate and see it with binoculars. Some people sail there by sailing boat or kayak. They are expected to adhere to the Wadvaarders Code of Honor.

The Rif is one of ten uninhabited islands and sandbanks in the Wadden Sea.
All ten in a row, from west to east:

What to do during a gap year?

Dogs in winter, not always roses and moonshine!

Dogs in winter, not always roses and moonshine!