The winter aconite can bloom at the end of the winter period. The yellow flowers often show themselves before snowdrops. In places near former castles and country houses or in public parks where a country house or castle used to be. After years, large areas of the soil turn bright yellow. Can be seen from afar. Spring is coming!

The winter aconite or Eranthis Hyemalis is a plant that can flower at the end of winter. The winter aconite is hardy to about -15 degrees Celsius. On a short stem grows from the underground tuber, one flower on a wreath of green leaves. After years, a carpet of fresh green leaves and yellow flowers can develop. The yellow petals remain closed when the sun is not shining, unfortunately. The stem, with the flower bud bent above the ground, emerges from mid-January. The curved stem is better able to push away the leaf, which is on top. 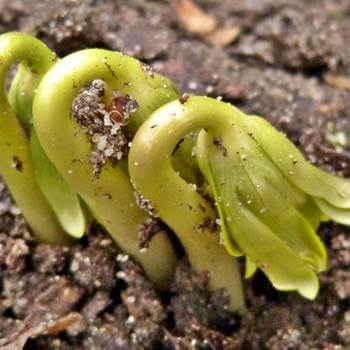 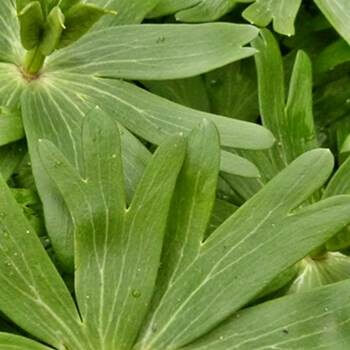 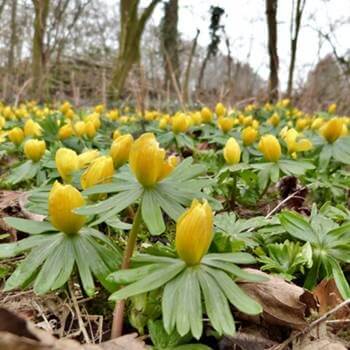 There will be stems with single leaves or stems with a flower. The leaf stands as a beautiful wreath on the stem and the yellow flower is beautifully in the center of the wreath. A dark green wreath with beautifully incised leaves, resembling a hand with fingers. The bright yellow flowers have six petals and a height of 5 to 15 centimeters. The scientific name of the winter aconite, Eranthis Hyemalis, is precisely the appearance of the plant. Eranthis means spring and Hyemalis means flowering in winter!

The petals and sepals have approximately the same size, shape and color and we therefore speak of a perianth. The flower petals have a spout-shaped honey gland (nectarium) and the many stamens are tubular and double-lipped. The ovaries (after pollination by insects) growing from this, there are often six and these grow into tube fruits. After flowering and seed formation in the tube fruits, the leaves quickly wilt and the above-ground parts of the plant disappear until the following spring, when they sprout again. The winter aconite is a plant that, after flowering and seed formation, goes through the rest of the spring, summer and autumn season underground with tubers (a geophyte).

The winter aconite is a forest plant and likes humus-rich and moist soil under trees. Trees that lose foliage in the fall. The winter aconite is a stinsen plant. Stinsenplanten is a collective name for a special group of wild spring flowers. These are plants that in the past (from around the 16th century) with tubers, bulbs and roots were brought to the Netherlands from warmer countries, for planting in country houses, castles, farmyards and vicarage gardens, for example. From these places, stinsen plants slowly naturalize and settle in.

The winter aconite has two methods of propagation 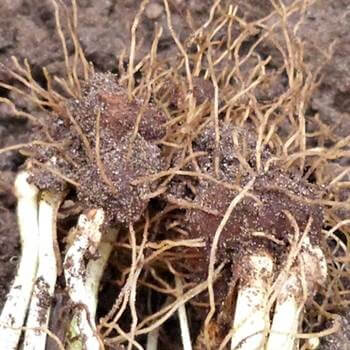 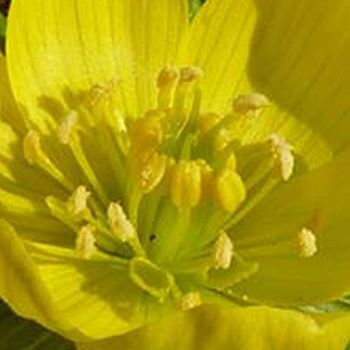 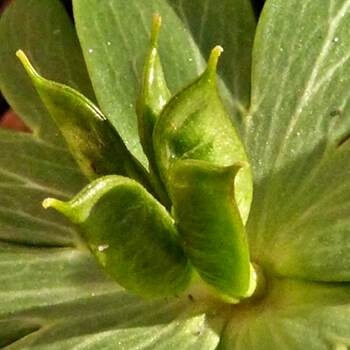 For the early flyers in spring, such as the bumblebee and honey bee, it is nice that nectar and pollen can be found so early. It is precisely the early fliers that have to build up energy after the winter period and the winter aconite is therefore visited by these early fliers. When it is very hot in early spring, it is also a rewarding food source for the first butterflies that have hibernated as a butterfly.

The Shire, a gentle giant