When spring is in the air, people naturally go outside more. Enjoy the warming atmosphere, the sun’s rays on the face and the scents that are released by nature, as it were ?? ?? turn into. Yet we do not always consciously look at what takes place in the spring. It is or seems so obvious. This does not alter the fact that very specific things can be recognized in nature in the spring. You may enjoy it even more.

Nature close by in the spring

When you are outside, look, listen and smell good in your own immediate living environment. Of course you can visit nature, but often you can already see various animals and / or plants in your own environment. You can also stimulate the process of bringing the animals to you in a relatively simple way.

Why spring is ideally suited has to do with the fact that the different scents of nature can be recognized in the atmosphere and the environment regains color. Man associates this with the warmer season that is coming and the psyche gives us a cheerful feeling. 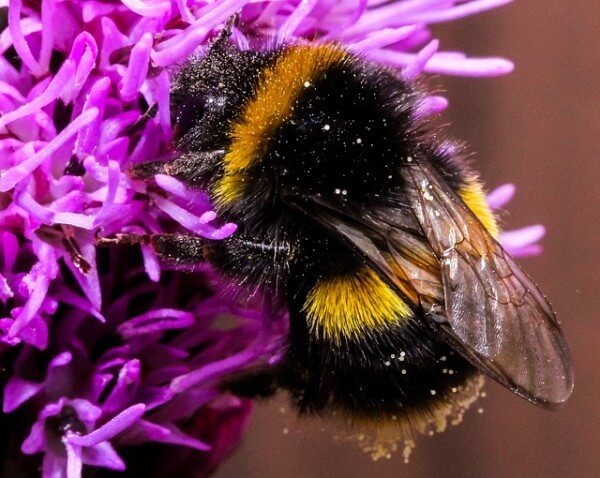 Bring the bumblebee with plants to you

Spring is also the time when the bumblebees will come close to you. Although bumblebees can sting, they hardly ever will. Bumblebees are harmless and, if you listen carefully, you will hear a soft buzzing / humming. It is a sound that evokes the feeling of spring.

From caterpillar to butterfly

Strangely enough, many people find the caterpillar a bit scary, the doll dirty and the butterflies beautiful. The beautiful butterfly really crawls out of that pupa created by the caterpillar. Much to the regret of many growers, the caterpillar loves all kinds of cabbage. Unfortunately, many caterpillars are also killed by pesticides that gardeners use. If the caterpillar does pop, then the heat is important about the speed of development. The warmer it is in the spring, the faster the pupa will develop into a butterfly. Usually it is between eight and sixteen days.

Where the bumblebee experiences yellow as a pleasant color, this is precisely not the case for the butterfly. The butterfly is more likely to avoid yellow flowers. The deep blue, purple and red colors are fine. 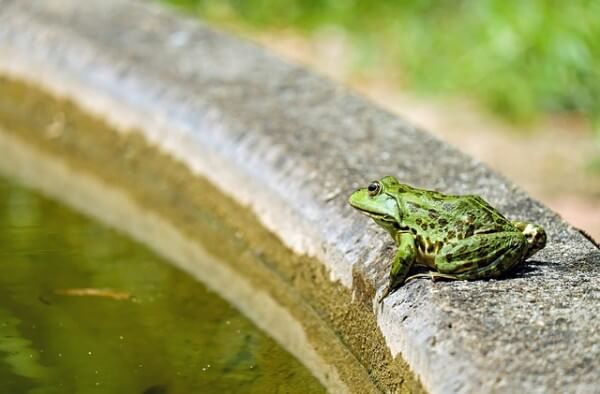 Frogs can make a noise, it sometimes looks like complete frog concerts in the spring. But they do give a direct feeling of spring. The frog looks a bit comical to many people and should not be confused with the toad. The frog has smooth moist skin and the toad is drier and the skin appears a bit warty. Furthermore, the frog has a slim build and the toad looks a bit unwieldy. The hind legs differ in length, because the frog has longer legs. Furthermore, you can see in the water what kind of offspring it is. The frog lays the eggs in a kind of group shape and the toad lays long rows of eggs. The frog spawn around the eggs is to protect the eggs.

Frogs and their progeny

In the spring we see a lot of frogs near water and in some places in the country a kind of walls are placed along the road, to guide frogs and toads under the road. During the mating season there are otherwise too many killed. If you have a pond in your garden, it could just be that your pond is populated by frog eggs. Incidentally, we often think of the green frog, but there are also brown frogs, tree frogs and moor frogs.

Get frogs in your garden

If you want to attract frogs in your garden, make sure your pond contains no fish and is at least half in the sun. It is also important that there is enough greenery in the area. This is important for the frog as a shelter. 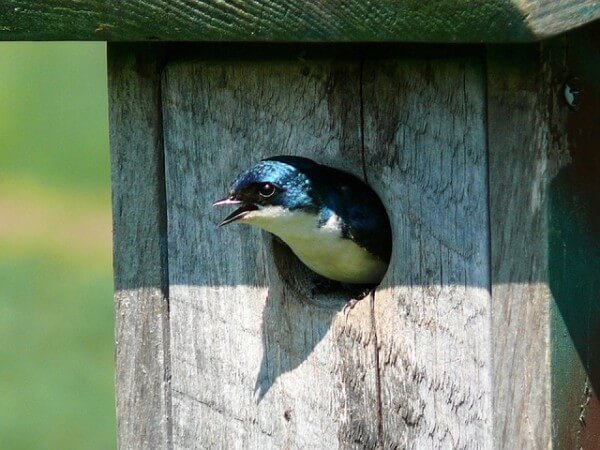 The swallow heralds the warmer season

The swallow belongs to the songbirds and is clearly recognizable by the white bands and belly and the dark blue or black top / wings. The most famous swallow in the Netherlands is the barn swallow and it flies back all the way from Africa to spend the summer in the Netherlands from April or May. The first will come in April and the rest will come later, hence the saying: “A swallow doesn’t make summer yet”. The swallow gives people the idea that summer is coming and makes them happy.

Nest of the swallow

You should always let the swallow nest quietly, but you can encounter the nests in the strangest places. They nest everywhere, such as:

The swallow has several broods per year. They breed at least two to three times a year. 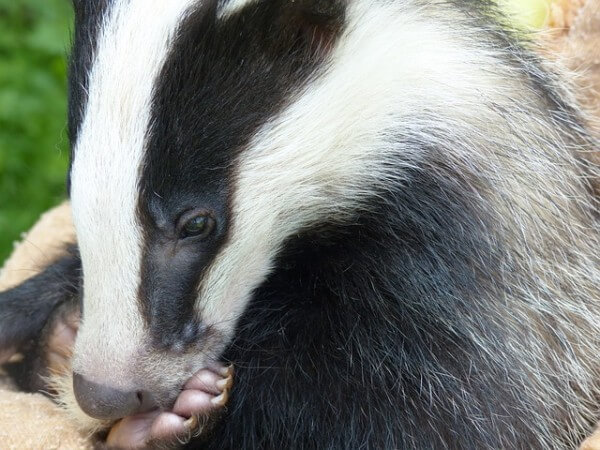 You do not just find the badger in your garden and cannot actually attract you. The badger is an animal that you really have to look up. Guided tours are organized at various places in the country. In this way, the process is also meticulous and no animals are chased or nests disturbed. Odor and sound proof huts are also installed at various places where the badger occurs. This is always organized and you usually have to book in advance. But that way you can get up to about ten meters from the castle. You can take this excursion at the Dasmobiel near Deventer.

In the spring you have a better chance of spotting the badger, because it is then visibly more active. Although they do not appear to live until May, when they emerge, they mate as early as February. However, they only come out of their hole at dusk. So if you want to see the badger, make it an early evening stroll.

What we do not see is the fortress that the badger builds underground. The badger builds a complete network of underground tunnels and in this way a castle is created. During an organized badger tour, people sometimes stop at an old castle that is no longer in use. If it is partially collapsed or exposed, you get an idea of ​​what this looks like in practice.

The badger’s nose will always see you go over the ground, because this is how the badger detects other animals and plant food. The badger is also called the opportunistic omnivore, because it is not an animal that aims to hunt. The badger eats whatever comes his / her path and mainly earthworms, insect larvae and vegetable food. Think of fruits, tubers, grains and clover. Sometimes they even eat frogs and small mammals or ground-nesting birds. The badger is actually a carnivore, but in the fall it appears more of a herbivore.

The badger population has been bad for years. A low point was around 1980, when there were only about 1200 around. However, the number of badgers has risen again in the 21st century to about 5,500.

Characteristic head of the badger

The head is characteristic, which is black and white striped. The legs are black and the fur is gray. But no matter how clearly visible the head is, they are not easy to spot. In the Netherlands they occur in different places, but in particular 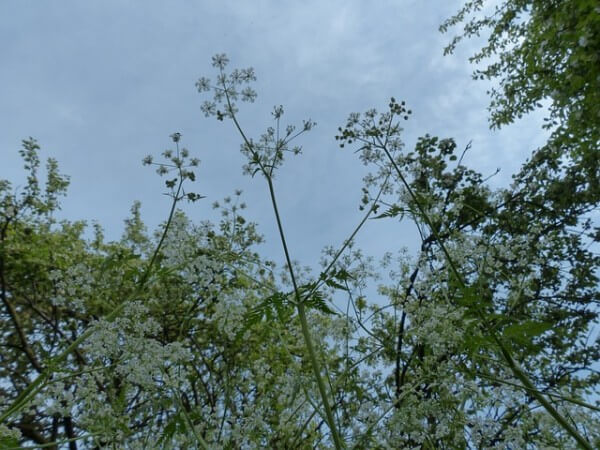 In addition to the animals, there are also plants that announce the spring feeling. A good example is cow parsley. The cow parsley produces small white flowers on thin light green stems. The plant belongs to the screen flower family.

You come across the plant in the wild where grass grows. This means that it is a plant that can be seen along many motorways in the spring, when it warms up a bit. The plant self-sows. The name refers to hollow stems that children used to cut a piece of.

Although it is a vigorous plant, the plant has a lovely and soft appearance. The delicate looking white flowers give it that lovely feeling. In the north of the Netherlands the plant is also sometimes called Pinkster flower.

If you look more emphatically at the emerging nature in the spring, it is a huge spectacle what passes you by. Everything lives again, makes noise, eats and reproduces. If you then also look around a bit in your immediate environment, it often unfolds before you.

Spelling in the Dutch language: how is it structured?

Christmas stollen – Weihnachtsstollen – A treat to bake yourself

Christmas stollen - Weihnachtsstollen - A treat to bake yourself